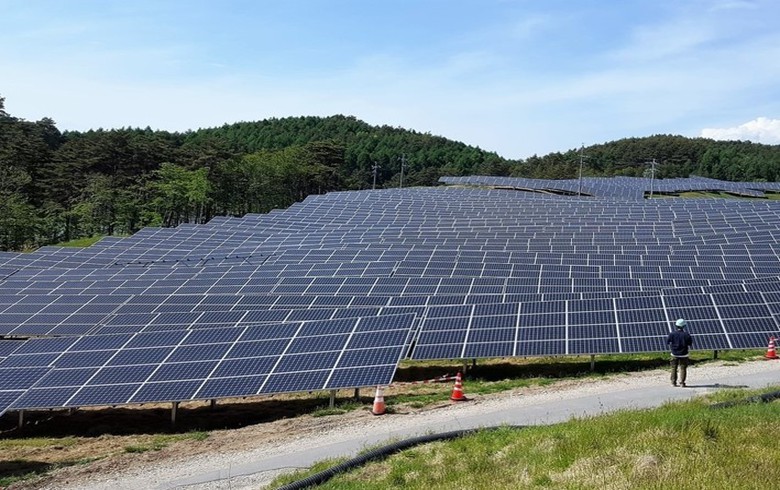 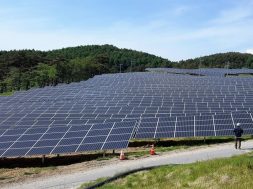 Before governments take decisions based on recent experiences, they will have to answer various questions, says Michelle Manook, chief executive of the World Coal Association, a lobby group for the industry

LONDON – Renewable power has taken up a record share of global electricity production since the onset of the coronavirus pandemic, according to a Reuters review of data, suggesting a transition away from polluting fossil fuels could be accelerated in the coming years.

Advocates of traditional energy have long argued that clean energy sources, like solar and wind farms, which depend on fickle weather, cannot be trusted to provide steady supplies of electricity into national grids that were designed to operate in tandem with reliable coal and gas generators.

But the past three months have shown that renewable energy has become more dependable, sector experts say, accounting for well over half of output in some European countries, while grid operators proved they could successfully manage larger doses of fluctuating energy flows.

“This has been a real test of how resilient the grids are, and we know they coped because the lights stayed on,” said Rory McCarthy, energy storage senior analyst at global consultancy firm Wood Mackenzie.

“Maybe this will give confidence to governments and policy makers who were apprehensive, that they can be more ambitious about the number of renewables on the grid.”

However, before governments take decisions based on recent experiences, they will have to answer various questions, says Michelle Manook, chief executive of the World Coal Association, a lobby group for the industry.

These include how the system would have coped in the mid of winter, when sunshine is at a premium, or how it will manage when the economy picks up and demand gathers pace.

“What seems little known or understood is that a carbon-free electricity generation system based wholly on renewables … is not currently attainable,” Manook told Reuters.

The recent boost for wind and solar power came for all the wrong reasons: the health crisis has tipped the world into recession, pushing down electricity usage by more than a fifth in some countries, according to the Paris-based International Energy Agency (IEA).

Most grid operators automatically turned to the cheapest energy supplies to meet the falling demand. Wind and solar power costs very little to generate once the installations are built and is often backed by government mandates and subsidies. As a result, more expensive fossil fuel sources were the first to be pulled.

Data from Finnish energy technology group Wartsila, collated from Europe’s electricity grid operators, shows renewables generated an average of 44% of power across the 27-nation bloc and Britain from April to June, when many countries were in lockdown, against 37.2% in the same period last year. Daily peaks hit 53%.

The leading performer was Austria which saw renewables average 93% from a previous 91%, thanks largely to hydropower, the data showed. Portugal saw its share of renewable energy surge to 67% from 49%, while in Europe’s biggest economy Germany it averaged 54% up from 47.5%.

“We are seeing figures we weren’t expecting to see for another 10 years,” said Matti Rautkivi, Wartsila’s director of strategy and business development.

The increase in the share of renewables is essential if the European Union wants to achieve its climate and energy goals and cut harmful greenhouse gas emissions blamed for climate change.

The EU’s target is to meet 32% of its energy needs, including transport, from renewable sources by 2030, but will review these goals later this year.

“It is encouraging that the penetration of renewables has increased,” EU Energy Commissioner Kadri Simson told Reuters.

“We are currently assessing the impact of the more ambitious 2030 climate objectives and different scenarios of getting there, including the role of renewables,” she said.

Britain’s National Grid has set itself a target of being able to operate a completely carbon-free electricity system by 2025, which it says would be the world’s first. The coronavirus lockdown provided an early test, with renewables hitting a peak share of 67.5% of electricity in May. The country also went without coal power for 67 days from April 10 to June 16 – the longest such stretch since 1882.

While clean power is increasingly available, storing it and ensuring a smooth supply remains highly complicated. Winds die down, clouds cover the sun, or, alternatively, gales can blow on bright, sunny days.

DSR asks users to time their consumption to match power generation – something that can ease pressure on the grid and reduce costs for consumers.

Dan Tonkin, who runs operations at the Cornish Ice Company, a firm that supplies ice for the fishing industry in southwest Britain, has been one of the beneficiaries of this system. He says he received emails from network managers as part of a trial telling him the best times to utilize his energy-intensive machinery – when supplies were ample and prices cheap.

“For example, they’ll say that the following day they want me to run at 100%, which means I can operate virtually free,” he said.

A similar system is in place in India, where officials in 2017 started asking farmers in some regions to water fields in the daytime to make use of higher solar and wind output, a power ministry official in New Delhi said.

They had previously been expected to irrigate late at night or in the evening to preserve power supplies during the day for other industries.

As elsewhere in the world, the share of renewable energy in India’s electricity market climbed during the COVID-19 lockdown, hitting a record high of 30.9% in the week of June 15 from 17.9% in mid-March, the IEA said.

While Britain’s DSR system of matching power generation with consumption provides some relief to grids, it is not a panacea.

The country’s National Grid has regularly had to fall back on so-called “curtailments”, paying power producers to shut down when electricity supply is too high and risks disturbing operations.

The firm said it expected to pay out 826 million pounds ($1 billion) in various costs from May to August, more than double than in the same period last year. It did not give a breakdown, but said curtailments made up a “significant proportion” of this.

Jorge Pikunic, managing director of business solutions at British utility Centrica Plc, said those costs were a problem. “The solution to balancing the system of the future does not lie in curtailing,” he said. “Instead, we should … encourage the use of flexible technologies such as DSR and storage.”

The United States is a world leader when it comes to storage, notably battery technology, and some businesses are investing heavily in the sector.

Renewables, including hydro, wind and solar, provided 23% of U.S. electricity during the April lockdown, up from 17% in the same period of 2019, latest U.S. Energy Information Administration (EIA) data shows. The peak share rose to almost 80% in parts of the windy interior of the country.

President Donald Trump’s administration has warned that too large an increase in the use of renewables on the grid will reduce its resilience against weather-related disruptions. It says coal plants serve a crucial role in reliability because they can store large amounts of fuel on site.

Looking to at least partially address this problem, California, which has the most installed solar capacity of any U.S. state, hopes to more than quadruple its battery capacity by year end, to just over 900 megawatts.

Anne Gonzales, a spokeswoman for the California Independent System Operator, which maintains the state’s grid, says battery facilities are normally placed next to solar plants and can be used to extend output from the sites beyond sundown.

Keen to encourage the development of battery technology, the British government said on July 14 it was cutting red tape and relaxing planning rules to make it easier to launch large-scale energy storage projects.

Ben Backwell, CEO of the Global Wind Energy Council, a Brussels-based trade association, said governments will have to introduce an array of such initiatives if they want to build on recent experiences and further boost renewable energy.

“Depending on how quickly demand revives we would expect incumbent fossil fuels to come back into the market and for the share of renewables to return to levels closer to those before COVID, unless there are policy changes,” he said.

tags: coronavirus Green Energy
0
previous Petitioners are directed to deposit the amount as per the invoices issued by the respondent no.2
next Greece: EIB backs 826 MW Mytilineos power plant to support energy transition