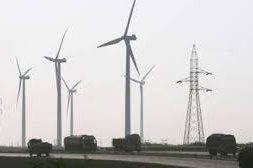 Order on procurement of Solar power and Related Issues

U.S. Solar Group Calls for Pulling Out of Xinjiang Over Abuses

Central Electricity Regulatory Commission (CERC) struck down the idea of a separate day-ahead trading market (DAM) for renewable energy. The plan peaked as share of unsold renewable energy has been increasing with states not honouring their power purchase agreements (PPAs) or curtailing green power.

While it was hailed by power exchanges and renewable energy companies, the regulator called it an ‘immature market’. The move could be a major setback for the sector as it already battles curtailment and non-payment from states across the country.

“The Commission is of the view that the market condition at present is not conducive for the introduction of this product and accordingly it is not approved,” said the order.

India Energy Exchange (IEX) petitioned to the regulator for approval of a Green Day Ahead Market (G-DAM) for separate trading of renewable energy. Renewable energy is being curtailed across states which either are fund-crunched or have access to energy vis-a-vis demand. Also, at the same time, most states that tendered renewable projects earlier are renegotiating their contracts as tariffs have come down to a historic low of below Rs 3.5 per unit in past one year.

IEX suggested that surplus green energy could be traded at a separate G-DAM. This, it said would help states meet their renewable purchase obligation targets and also help renewable power generators utilise their full capacity. “Proposed Green Day Ahead Market (G-DAM) if introduced shall bring in merchant generators, generators having surplus power and those generators whose output has been curtailed by the distribution companies to participate in this segment of the market,” it said in its petition.

CERC, however, rubbished this by saying that the large capacity of renewable energy would not be available to be traded in market. “RE capacities contracted so far in the country are mostly tied up in long term PPAs and therefore, the Commission is of the view that in the absence of empirical data regarding availability of surplus power, it will not be advisable to introduce this instrument in the power exchange for trading,” it said.

For the renewable power that is left unsold due to curtailing by the states, the regulator said that it is a separate issue between the state and the generators and the PPAs signed between them. It also struck down the assumption that introduction of such a product in the power exchange would result in addition of new generation capacity in renewable energy.

“The Commission is of the view that in the absence of clarity and certainty in terms of liquidity in this segment of the market, it will be premature to introduce Green Day Ahead Market in the power exchange,” it said. The regulator also questioned the preparedness of forecasting and scheduling in renewable energy which is mandatory for day ahead trading.