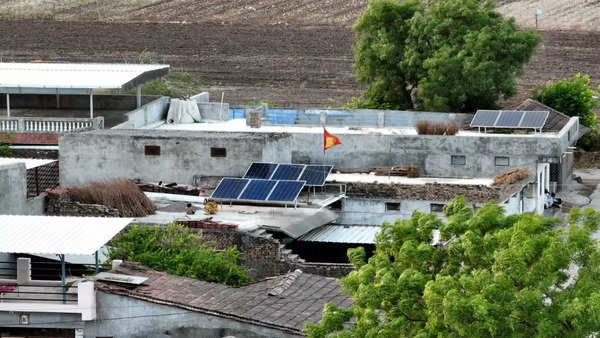 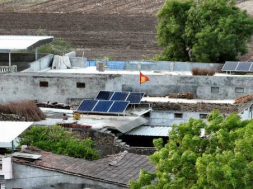 SURAT: This Diwali, Dudhala village in Amreli district will not just dazzle in the radiance of bright lights and diyas, it will also bask in the brilliance of satisfaction – of being self-lit! Around 850 households here will enjoy the benefits of having their solar-powered energy sources, thanks to a diamantaire family.

Funded by the Dholakia family, natives of Dudhala and owners of Shree Ram Krishna Exports diamond manufacturing firm, the village has become the first in the country to be self-sufficient in terms of electricity without any government subsidy.

Solar power plants of a total of 276.5KW capacity have been installed in 232 houses, shops, and other establishments of the 300 properties in the village. Only a few houses that remain closed throughout the year have not been covered under the project that had been installed at a cost of Rs 2 crore.

After an electricity consumption survey was carried out to estimate the plants’ capacity, all the rooftops covered under the project have been equipped with 1KW to 3 KW solar plants. “Each home in the village has a rooftop solar power plant now. It is a wonderful initiative that has a long-lasting impact on the development of the village,” Gita Satiya, the village sarpanch, told TOI.

“The founder of SRK Exports, Govind Dholakia, wanted to give back to society as he was blessed with a fresh lease of life after undergoing a liver transplant last year. He asked his family members to suggest ideas and that is how we finalized this solar project,” Ishver Dholakia, MD of Goldi Solar, told TOI.

Dholakia further said that the project will not only bring major economic benefits to the residents for a couple of decades, but it will also have a social and environmental impact. The family hopes their initiative inspires other vilages and business to replicate it.

Raju Barad, a farmer, and beneficiary of the project is happy that his power bills will be “zero” now. “Two months’ electricity bill would be around Rs 700 for our family of four. But now, the 1KW solar power plant installed at my home will cut my bill to nil! Barad said.