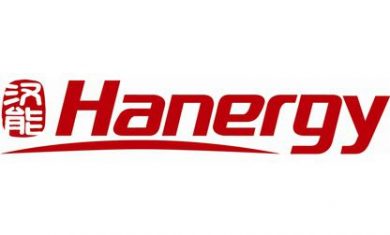 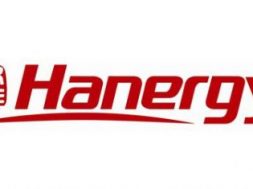 BEIJING: The world’s largest thin-film power solution company, Hanergy Thin Film Power Group (0566.HK), adds yet another feather to its cap. As the undisputed leader in the thin-film solar power industry, and on the strength of its robust development and market performance, the company speeds ahead of its industry peers grabbing the first rank in the solar energy sector, while taking up an overall 78th rank (Up from 91st rank last year) among China’s TOP500 Most Valuable Listed Companies released by 21 Data News Laboratories.

21 Data News Lab is an authoritative domestic financial media that summarized the latest market valuation data for the Chinese companies listed on 15 global exchanges, including those in Shanghai, Shenzhen, Hong Kong and New York.

Commenting on the group’s milestone achievement, Mr. Zhang Bin, Senior Vice President of Hanergy Thin Film Power Group said, “At Hanergy, we’re steadfastly creating and leading the trend of thin film power generation, and achieving our ultimate goal of increasing the brand value of Hanergy. We’re confident that our robust global expansion plan and the deeper understanding of the sector vis-à-vis the trends in the international market will help us go a notch higher globally.”

Hanergy is among 6 solar energy companies that made their way into the list of China’s TOP500 Most Valuable Listed Companies. Leading with a market value of RMB 144.4 billion, almost triple the value of the second player in the list, Hanergy becomes the only ‘hundred billion’ player in the sector despite the uncertainty faced in the first half of 2018.

Since entering into the thin film power generation industry in 2009, the Group has been actively involved in the investment and research of the thin film solar energy technologies, adopted as the Group’s core business. Through continual acquisition of overseas thin film technologies, including Solibro in Germany, MiaSolé, Global Solar Energy, and Alta Devices in the U.S., the Group has acquired Copper Indium Gallium Selenium (“CIGS”) and Gallium Arsenide (“GaAs”) technologies, and at the same time has mastered the manufacturing technologies for globally advanced equipment production lines and their R&D capabilities. These technologies have become part of the competitive advantage for the Group.

Hanergy’s solar cells set the world record for conversion efficiency several times, with the newest one being 29.1%. It launched and upgraded handful of consumer products in 2018, including Humbrella, solar-powered umbrella; SolarTank, solar backpack; HanPower, solar power bank, retaining its leading position in mobile energy sector. Subsequently, with the debut of HanTile in April and HanWall in September, Hanergy upped-the-ante of global building-integrated PV segment.

Constant breakthroughs in the sector have led to a steady surge in Hanergy’s market value. Further, Hanergy’s “mobile energy +” model is well in place to promote in-depth integrations of mobile energy and traditional industries, and will result in huge market demand, new business models and potential innovation.