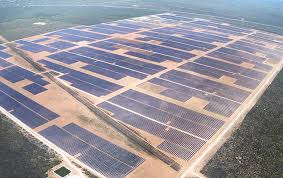 October 27 – South Korea’s Hanwha Energy Corp on Tuesday said it has won the bid to build and operate the Kupehau solar-plus-storage system in a procurement exercise managed by US utility Hawaiian Electric.

The Kupehau project will install a 60-MW solar farm and 240 MWh of battery energy storage on the island of Oahu. The plant is to operate under a 20-year power purchase agreement (PPA).

Hanwha Energy is working on the project through its California-based subsidiary 174 Power Global. The South Korean company said it plans to directly handle the project’s development, construction, financing and operation.

The Kupehau plant will occupy around 200 acres of low-productivity agricultural lands, sitting adjacent to the Kahe to Waiau 138-kV transmission line to which it will be hooked, according to the project’s website.

The system is slated to commence commercial operation in 2023.

The state of Hawaii is seeking to switch to 100% renewable energy by 2045. To support the effort, Hawaiian Electric launched a procurement round in 2019, targeting around 900 MW of renewables or renewables combined with storage for Oahu, Maui and Hawaii Island as a replacement for traditional plants which are due to retire in the coming years.