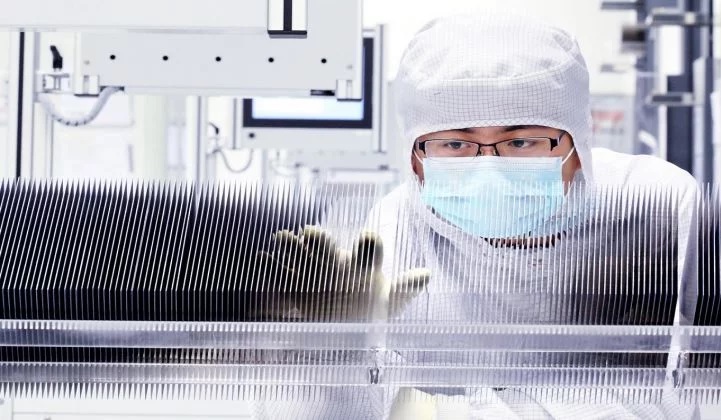 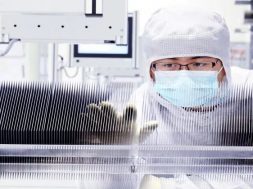 Patent-infringement allegations against rival manufacturers may be overshadowed by other issues in the fast-moving U.S. solar market, but the implications are potentially serious, analysts warn.

Distracted by the federal Investment Tax Credit stepdown and a Section 201 hangover, the U.S. solar industry may be underestimating the implications of a legal complaint Hanwha Q Cells filed in March against rivals JinkoSolar, Longi and REC Group, analysts say.

Hanwha alleges patent infringement by its competitors, and its requested resolution could further squeeze the module supply in a market that’s already under stress.

Hanwha filed the charges with the U.S. International Trade Commission (USITC) and asked that products from those solar manufacturers be excluded from the U.S. market. The South Korea-based manufacturer argues that REC, Jinko and Longi are infringing on a patent filed in 2008 by selling solar cells that use Hanwha’s proprietary passivation technology.

Added to the existing strictures on the market presented by Section 201 import tariffs and a rush on products in the lead-up to the setp-down of the Investment Tax Credit, analysts say the lawsuit could have an outsize impact on the U.S. solar market.

“It comes at a really bad time for the industry, for the U.S. market more specifically,” said Gallagher. “It’s really about the context of this larger supply shortage. Alone, [the complaint] is not that big of an issue. […] It’s bad this is happening at this moment.”

Jinko and Longi are among the world’s leading producers of solar modules, while Hanwha Q Cells and REC Group each produced more than 1 gigawatt last year, according to Wood Mackenzie Power & Renewables data.

With a hearing scheduled for the fall, the case will unfold just as developers are stockpiling materials to prepare for the Investment Tax Credit step-down. Many utility-scale solar companies are planning to “safe-harbor” the entirety of their contracted pipeline by purchasing modules, which requires a company to spend 5 percent of a project’s overall cost in 2019 to receive the credit’s full value. Developers are also still recovering from uncertainty surrounding the administration’s Section 201 tariff decision.

“It’s not just a complaint between manufacturers,” said Gallagher. “It has some really serious downstream implications.”

In response, numerous manufacturers — including Hanwha and Jinko — have announced plans for U.S. factories. But that supply is still ramping, meaning U.S. consumers remain dependent on other centers of solar production such as Southeast Asia.

Wood Mackenzie Power & Renewables estimates current module manufacturing capacity in Southeast Asia at about 19 gigawatts. Cutting Jinko, Longi and REC out of that total shrinks the region’s capacity to an estimated 14.48 gigawatts.

WoodMac forecasts 12.1 gigawatts of U.S. solar installation in 2019. Demand created by safe-harboring for future projects adds another 4 gigawatts or so, meaning the U.S. will be looking at over 16 gigawatts of demand in 2019 — without enough supply to meet it.

Further exacerbating the problem, it’s unlikely that all of that Southeast Asian supply would go to the U.S. Manufacturing capacity in countries such as Turkey or India could make up some of the shortfall, but probably not enough.

“There’s a really tight supply situation, so right now it’s going to be very hard for all of that Southeast Asian supply to meet that U.S. demand,” said Gallagher.

Eliminating competitors from the market would leave more room for Hanwha in the U.S. But further complicating the picture, Hanwha has also initiated complaint cases in Australia and Germany, with the former case against only Jinko and Longi and the latter against only REC and Jinko. If Hanwha successfully shuts these manufacturers out of those markets, its supply available to the U.S. would be stretched even thinner.

The ramifications could be especially severe for monocrystalline PERC technology. As solar prices fall, the market is increasingly moving toward mono PERC cells and modules, which are more efficient. With demand outpacing ramping capacity, supply in the U.S. is already limited.

Along with Hanwha, the case’s three respondents are among the world’s top producers of mono PERC products. Analysts say eliminating them from the U.S. market could intensify the shortage.

Hanwha dismissed concerns about the implications for the U.S. market as a whole. Scott Moskowitz, Hanwha’s director of strategy and market intelligence, said the market could make use of the “ample supply of non-infringing products” because the complaint does not encompass all Jinko, REC and Longi products, nor those from other mono PERC cell and module manufacturers.

“This is not a lawsuit against PERC,” said Moskowitz. “We think the market will remain healthy going forward.”

Concern among project developers
The USITC plans to wrap up the case in August 2020. All parties involved who spoke with Greentech Media claim to be confident they will prevail.

Longi told GTM that “from a technical perspective, the technology used in Longi’s products is not the same as the technology contained in the disputed patents.”

REC Solar did not respond to a request for comment.

For its part, Hanwha said its motives are simple: It wants to protect its technology and make sure the solar industry keeps moving forward.

“Big picture, and it sounds idealistic, the goal here is we want to encourage innovation in the market. [Intellectual property] laws exist to incentivize innovation,” said Moskowitz. “This is a very competitive market, and we think it’s extremely important that IP is protected.”

However, others appear unconvinced that the suit will prove beneficial to the industry.

In a statement filed with the USITC, the Solar Energy Industries Association argued that an exclusion would harm public health and welfare, the U.S. economy and U.S. consumers. Vivint Solar, a residential installer, said in its statement that the exclusion could threaten costs for residential solar and result in decreased demand.

Wind, solar and natural-gas developer Invenergy wrote that Hanwha’s complaint could “eviscerate the rural economies kept afloat only by new solar projects” and bring an “unprecedented level of risk” to the company’s projects.

Two solar developers, one based in Arizona and the other in Ohio, noted that Hanwha had recently notified them of its limited module inventory. One of those developers, Scottsdale Solar, said the company had canceled its existing purchase orders. Scottsdale Solar has now switched to sourcing modules from REC.

Overall, however, only a few dozen solar stakeholders submitted public comment, suggesting the case is being overshadowed by more urgent market issues.

The timeline for the Hanwha case is long. In addition to filing with the USITC, Hanwha filed its complaint in Delaware District Court. That case is stayed until the federal case wraps up.

A legal source familiar with solar trade negotiations, who asked to speak anonymously due to their position in the solar industry, said, “at this point it’s impossible” to assess which side might win.

And though current market dynamics mean the impacts of Hanwha’s allegations are unique, similar suits are likely to follow as the solar industry grows, according to the source.

“I’ve been expecting a case like this for a while. Anytime you’re in an industry where there’s a lot of IP and a lot of international trade, these cases will end up at the International Trade Commission,” said the source. “As solar becomes a more mature industry, I expect we’re going to see a lot more of these types of disputes.”