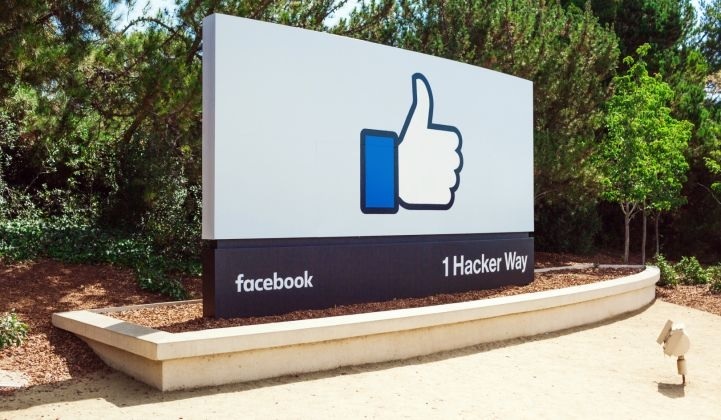 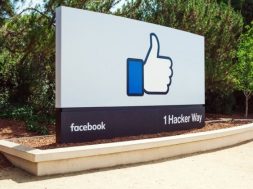 Analysts say the social media company’s tax-equity investment in a 379-megawatt solar project in Texas could be a sign of deals to come in the corporate renewables market.

Facebook announced Thursday it has finalized an agreement to provide tax-equity financing for a 379-megawatt solar project developed by Longroad Energy Partners in West Texas. It’s the first time the social media company, which last year committed to reaching 100 percent renewables by 2020, has directly invested in a wind or solar project.

Shell Energy North America, another corporation that’s shown increasing interest in renewables, signed a 12-year power-purchase agreement for the project’s power. Both Facebook and Shell will use the renewable energy credits from the project, though Facebook told Greentech Media it would receive the majority of those credits.

Facebook will be the sole tax-equity investor for the Prospero project, saying its investment could provide a new model for corporations investigating renewables procurement.

“We hope such investments can be a new avenue of meaningfully engaging with projects, which might be easier for some companies than a long-term power-purchase agreement, thereby unlocking new options for more organizations to meet their goals and grow the market,” said Peter Freed, Facebook’s energy strategy manager, in a statement.

Longroad Energy Partners, the Boston-based wind and solar developer behind the Prospero project, will use First Solar panels and trackers from NEXTracker. The engineering, procurement and construction contractor for the project is California’s Swinerton Renewable Energy. It’s slated for completion in 2020.

Separately on Thursday, First Solar announced a deal that will see it supplying Facebook with solar power from its Cove Mountain 2 project in Utah, through a PPA with utility Rocky Mountain Power. Due for completion in 2020, the 122-megawatt (AC) plant will expand on the 58-megawatt Cove Mountain array that’s already planned to supply power to a Facebook data center in Utah.

In recent months Facebook has signed deals for solar in states including Virginia, North Carolina and New Mexico. The company reported that it reached the threshold of 75 percent renewable energy in 2018. That doesn’t necessarily equate to 75 percent renewables all of the time, as noted in a recent report out from Stanford University, because of the variability of wind and solar resources. At times, data centers will draw power produced by traditional sources from the grid if solar and wind aren’t available.

Facebook says it has reduced its greenhouse gas emissions by 44 percent since 2017, and plans to achieve a 75 percent reduction by 2020.

The Texas project adds a new dimension to Facebook’s attempts to reach its sustainability targets.

“Facebook was looking for new flexibility to meet our renewable energy goals, which was different than the many purchases we have made to date,” a spokesperson for the company told Greentech Media. “Investing in this project offers us that flexibility, while giving us the opportunity to meaningfully impact the development of new, additional projects.”

While the deal may be novel, analysts say it shouldn’t shock those watching the corporate renewables market. Tracking by the Renewable Energy Buyers Alliance shows that companies procured 6.63 gigawatts of renewables in the United States in 2018 and so far in 2019 have contracted for 1.49 gigawatts. Facebook led the pack in 2018 and has already signed the most deals in 2019.

“In its pursuit to contract renewable energy for all of its electricity consumption by 2020, it’s not surprising that [Facebook] would go further and leverage its tax equity in a solar project,” said Colin Smith, a senior solar analyst at Wood Mackenzie Power & Renewables.

“As corporate entities continue to pursue carbon-neutrality and sustainability, it’s likely we will see more investment that allows companies like Facebook to see returns on investment rather than just savings [on electricity],” Smith said.

Facebook declined to disclose the PPA’s price, but Smith said it’s likely comparable to other “bottom-of-the-barrel” utility-scale solar prices seen in the Texas market, which have regularly come in at under $30 per megawatt-hour.

“[Texas] has great solar and wind resources, and the restructured market makes many different types of power sales arrangements possible,” said a spokesperson. “Those factors, coupled with the fact that we have facilities in the region, made it a great location for our first investment.”

The short length of Shell’s PPA suggests that Facebook plans to sell the project’s output on a merchant basis into ERCOT’s wholesale market down the road. The project’s life will likely extend decades beyond the 12-year PPA.

Facebook and Shell acknowledged that the power Shell purchases will be used in connection with the oil and gas company’s “assets in the Permian,” but Shell did not provide further details. Shell said the project helps it meet “sustainability goals” for its assets in the area. This year the fossil fuel company committed to marginally reducing its carbon footprint and linking executive pay to success in achieving this initiative.

Andrews County, where the solar project will be located, is in the Permian Basin, where Shell produces 145,000 barrels of oil a day. The oil and gas company has plans to expand that production, even as it invests in renewable energy projects.