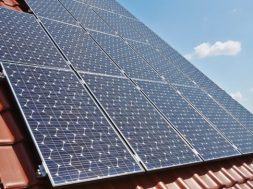 Hector Beverages, the face behind the Paper Boat brand, has partnered with CleanMax Solar to meet 58 per cent of its energy requirement through rooftop solar power at its manufacturing plant in Mysuru.

CleanMax Solar has helped the beverage company to commission a 345.6kWp rooftop solar plant at its production unit in the Karnataka city. The move is in line with the clean and renewable energy needs of the Union government to supplement the power requirements for the country.

The Bengaluru-based Hector will be able to generate approximately 5,23,000kWh of clean energy annually through the solar rooftop project, abating 430 tonne of carbon emissions.

In addition, the solar rooftop project will enable it to meet approximately 58 per cent of its power requirement at a cost which is 30 per cent cheaper than prevailing grid electricity tariffs.

Furthermore, the company has received approvals for net metering, which will allow it to export surplus solar power to the grid, thereby saving more than Rs 11 million on its electricity bills annually.

“Moreover, it will further contribute to Hector Beverages’ vision of sustainable manufacturing. In a world in which we are already witnessing the effects of climate change first-hand, Hector Beverages is leading the way by demonstrating its commitment to sourcing of natural materials, including energy. We are proud to be associated with Hector Beverages, and to have helped them to achieve this important step,” he added.

“This partnership is all about driving positive change in terms of the food and resources we consume. As a brand, we promote naturally procured resources and we would like to extend this to the way our drinks are manufactured,” said Neeraj Kakkar, co-founder and chief executive officer, Hector Beverage.

“In keeping with this objective, we are proud to partner with CleanMax Solar, an organisation which shares these values and provides us with an clean energy solution that allows us to offset the greenhouse gas emissions from our manufacturing facilities, as part of our broader sustainability commitments,” he added.

CleanMax Solar is India’s largest provider of solar power to corporates and institutions. Since its inception in 2011, it successfully commissioned over400 projects for over 120 corporates, with a total operating capacity of 520+ MW.

It pioneered the energy sale model in India, which helped it to become India’s top rooftop installer in 2018 as per Mercom India 2019 report. It is backed by investors like Warburg Pincus, International Finance Corporation and UK Climate Investments.

The company was also recognised by the Ministry of New and Renewable Energy with National Excellence Awards for Rooftop Solar Developer and Rooftop Solar EPC Player in 2016.

The company has already expanded its portfolio in the Middle-East and is exploring further expansion in other South-East Asian countries.