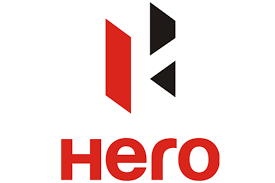 Reportedly, the automaker has developed the product at its Jaipur based R&D centre, the Centre of Innovation and Technology and it will utilise its Chittor based manufacturing unit to roll out the product.

Hero MotorCorp is ready to enter the EV segment in October. It plans to launch its first electric two-wheeler for the Indian market soon. The company said in a regulatory filing that it is about to begin its electrification journey under the brand Vida on October 7. According to a report by PTI, the two-wheeler manufacturer might launch its first EV product in an event which could be organised in Jaipur on October 7, 2022.

Reportedly, the automaker has developed the product at its Jaipur based R&D centre, the Centre of Innovation and Technology and it will utilise its Chittor based manufacturing unit to roll out the product. Earlier in March this year, Hero MotoCorp announced that it has lined up around ₹760 crore fund for upcoming electric vehicles and also nurture over 10,000 entrepreneurs in environmental, social and governance solutions.

The automaker’s electric arm Vida that will mark the first EV product from the two-wheeler producer will also be part of the company’s 10th anniversary celebrations. According to a previous report, the reason for the delay to introduce the EV was shred by the Executive Director at Hero MotoCorp, Vikram Kasbekar. “The ongoing geopolitical situation has resulted in enormous supply chain issues and shortage of various components, including semiconductors,” Kabekar added.

Interestingly, the upcoming electric two-wheeler from Hero MotoCorp is expected to lock horns against TVS iQube, Bajaj Chetak, OLA S1 among others. It is being guessed that the automaker will price the EV accordingly to compete with the other brands, Earlier, it was reported that the bike maker has also signed an agreement with a Taiwanese company Gogoro for battery swapping technology.

Meanwhile, it was also reported earlier this year that Hero MotoCorp had launched a new campaign ‘Khud Ki Sun Le’ for its Destini 125 Xtec two wheeler, featuring the company’s new brand ambassador Siddhant Chaturvedi.The campaign, the company said, is engineered to be an enlightening instrument intended to help the youth to rationalise societal expectations of fitting into the widely acknowledged definition of being acceptable.

Actor Siddhant Chaturvedi, was seen riding the Destini 125 XTEC when along the way he encounters young people who are involved in different scenarios where their decisions are overridden by those of others.