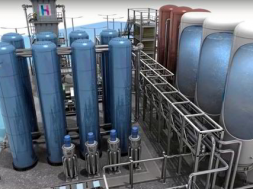 The UK company says it is developing 350MW/2.1MWh of projects across four Spanish provinces using its market-leading long-duration storage technology.

The world’s leading build-anywhere long-duration energy storage (LDES) company, Highview Power, has announced it is developing seven new liquid-air projects in Spain totalling 350MW/2.1GWh at a cost of about $1bn, taking its global project pipeline to more than 5GWh.

The 50MW/300MWh projects will “support the grid [in areas] where fossil-fuel power plants have been shut down”, namely in the provinces of Asturias, Cantabria, Castilla y Leon and the Canary Islands, the company said.

The announcement shows that Highview — the only build-anywhere LDES technology developer to have completed a commercial-scale project — is making rapid progress.

Highview chief executive Javier Cavada had told Recharge in March that its global pipeline of “firm” projects added up to roughly 400MW/4GWh.

Its firm project pipeline — defined by Highview as facilities that will definitely be built — includes plants in the UK, US and Chile.

Highview uses largely off-the-shelf equipment to freeze and therefore condense air. When this condensed ultra-cold liquid air — which can be stored for days or weeks at a time — is allowed to warm up, it rapidly expands to turn an electricity-generating turbine.

Cavada told Recharge in March that eight liquid-air projects will enter the execution phase in 2021 or 2022, in addition to the 50MW/250MWh project under construction in Manchester, England. Its first US facility will be a 50MW/400MWh plant in Vermont.

Highview completed its 5MW/15MWh commercial pilot plant near Manchester back in 2018.