How energy storage technologies are set to transform the energy landscape 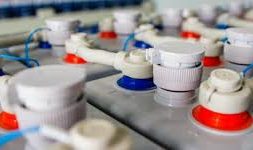 How energy storage technologies are set to transform the energy landscape

With renewables on the rise, Energy Storage (ES) technology is becoming an essential part of the energy landscape. This piece explores the advantages and disadvantages of current ES solutions

ver the last few decades, the demand for electricity has grown considerably in India and many other developing countries. In 2018, India’s annual gross electricity generation reached 1486.5 TWh, with about 79% of this generation produced from fossil fuel combustion.

The volume of carbon emissions created by such combustion has negative implications for the environment. To address these growing concerns, India has set itself aggressive renewable energy targets, including generating more than 30 percent of its electricity from renewable resources by 2030.

However, the intermittent nature of renewables poses several challenges for utilities, namely in terms of load balance, grid stability and security. Many solutions have been put forward to remedy this, including using demand-side management and strengthening grid infrastructure.

There are six types of ES technology available: mechanical, electrochemical, electrical, thermochemical, chemical and thermal (see diagram below). The choice of technology mainly depends on cost and how it’s being applied to the grid ie. whether it’s for load management, power quality or back-up services.

As of now, the dominant ES technology for grid application is pumped hydro, which has an installed capacity of about 135G W globally, equating to 96 percent of installed ES technology. The quick response of pumped hydro makes it suitable for frequency regulation, but it requires lengthy construction time and high capital investment.

In India about 2.6 GW of pumped hydro plants are already in operation while another 3.1 GW is under construction after long delays. Proposals for another 8.9 GW are still awaiting approval, hindered by cost, time and numerous social and environmental clearances.

Other ES grid applications include flywheels, compressed air and electrochemical batteries. Though their relative share is small, demand for them is set to grow quickly thanks to new developments in battery technology.

Battery usage varies depending on whether it’s for residential, industrial or commercial purposes. For residential consumers, batteries are used as back-up to address power outages and mostly have a capacity of less than 5 kW. Lead acid batteries are the most widely-used rechargeable kind, and are often seen in rooftop solar installations.

For industrial consumers, the demand for battery-led ES storage is smaller because power outages are scheduled and planned. Standby diesel generators are generally used for back-ups where needed, with ES reserved for critical loads.

Another kind of battery technology is Lithium-Ion, largely used in laptops and cellphones. With electric vehicles now on the rise, there’s now an even greater demand for Lithium-Ion batteries. Offering high energy density and lightweight design,a typical lithium-ion battery can store 150 watt-hours of electricity in 1 kg of battery. This is six times higher than a typical lead acid battery, which can store only 25 watt-hours per kg.Nevertheless, Lithium-Ion is expensive and can degrade quickly.

Meanwhile, other new battery technologies are entering the market, such as nickel-cadmium and sodium-sulphur, plus flow batteries like vanadium redox and zinc bromine.Current commercial scale applications remain limited though.

Outside of batteries, hydrogen ES with fuel cell technology is undergoing a lot of research and development. The world’s first utility-scale test of a standalone renewable energy system integrated with hydrogen storage is taking place in Norway, while several demonstration projects are also happening in the Netherlands, Spain and France.

One of the major applications of this technology is Fuel Cell Electric Vehicles (FCEVs), which store hydrogen in a pressurized tank to serve as fuel. By storing braking energy in the battery, the cars can use this to reduce peak demand during acceleration and optimise the vehicle’s overall efficiency.

Nevertheless, despite these several advantages the main barriers to wider application of FCEVs are durability and cost, something researchers are currently working hard to address.

As technology develops and renewables become more common, the ES market is set to grow significantly. With the cost of storage technologies decreasing too, adoption will happen at a much faster rate.

More importantly, the rising trend of innovative new business models which are designed to offer energy as a service, plus new applications such as repurposed EV batteries, all signal huge change in the energy market of the future. 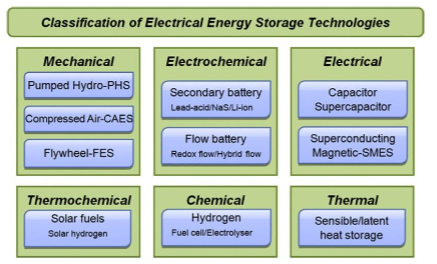 About Uma Rajarathnam
Uma Rajarathnam is the Global Head of Applied Research and Collaboration at Enzen. She has 25 years of experience in applied and policy research and project management in the areas of clean energy and environment.