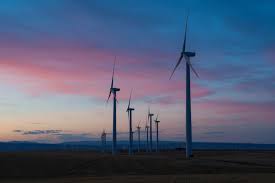 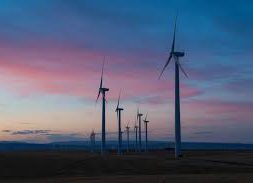 Climate change is real, and the rise of the earth’s temperature will cause tens of millions of people to migrate in the next decade. The increasing climate crisis will make most of the unsustainable for humans. Thus, the United Nations human rights committee has ruled that it will be unlawful for governments to deport migrants to their country if there is a threat to their lives. Of more than two million metric tonnes of greenhouse gases since the industrial, most of them were emitted post-1950. Today, 50 billion additional tons of greenhouse gases are released every year, which is more than what the environment can observe. Consequently, organisations such as Microsoft and Amazon have devised plans to become carbon negative in a few decades.

In the wake of carbon problems, Microsoft has committed to reduce its carbon footprints drastically and become carbon negative by 2030. The firm has gone a step further and said that it would eliminate its historical carbon emissions by 2050. If the last decade has taught us anything, it’s that technology built without considering its impact on climates can do more harm than good,” said Satya Nadella, CEO at Microsoft.

In September last year, Amazon pledged to become 100% renewable by 2030 and net-zero carbon emission by 2040, which is ten years ahead of the goal set in the Paris Agreement. “We are done being in the middle of the herd on this issue, we have decided to use our size and scale to make the difference,” said Jeff Bezos, CEO at Amazon.

However, it is believed that the announcement from Amazon’s came as the employees protested against the inaction on climate change by the company. Nevertheless, the e-commerce giant initiatives of deploying 100,000 electric vehicles by Rivian was acclaimed by citizens and from people across the world. Earlier, Amazon had invested in the Rivian, an electric vehicle manufacturer.

Both Microsoft and Amazon have either invested or planning to make technologies to clear the air. Bill Gates was earlier vocal of the Columbia-based Carbon Engineering, a developer of technology that will eliminate carbon from the air. “The first air capture plant is under construction, which is expected to remove 1 million metric tons of carbon every year,” said, Carbon Engineering CEO, Steve Oldham.

Microsoft has been investing in reducing the impact on the environment. Over the years, the firm’s is continually trying to rely on solar energy for its data centres. The company has envisioned that it will be able to cater 70% of the need for data centres through sustainable energy by 2023. Microsoft has further, planned to invest $1 billion in the next four years towards its carbon negative initiatives.

What Tech Giants Can Learn From Microsoft & Amazon Initiatives

Amazon and Microsoft are working on all three aspects — direct, indirect, and indirect value chain emission — of carbon emission. While the direct emission is the carbon released while running the core business, the indirect is the libration of carbon that caters to the energy need of the firm. The indirect value chain is inclined towards the emission when delivering their products or the use of solutions that release carbon.

Including indirect sources, Microsoft is expected to emit 16 million metric tons of carbon in 2020. On the other hand, Amazon released 44 million metric tones in 2018, including indirect sources. “One of the things large companies like Amazon can do is climate pledge. It can be the needle mover. There are no other good planets in this solar system, we have to take care of the earth,” Bezos said during his visit to India last week.

Mitigating the climate threat requires a collective effort, and other tech giants should strive to keep this world sustainable by not just focusing on the direct carbon emission, which often they choose to do. Companies should learn from Microsoft and Amazon to understand the importance of reducing the carbons from the indirect and indirect value chain emission while devising a net zero-emission.

According to a report, climate change was evident every single day since 2012. Climate change has reached a critical point and is negatively impacting everyone. Consequently, instead of relying on government initiatives, firms and people around the world must ensure they take necessary steps to reduce carbon emission drastically and protect the environment. Blue-chip companies like Microsoft and Amazon’s initiatives have set high standards for companies to follow. However, it would be interesting to see how successfully they implement their strategy to achieve the goal.