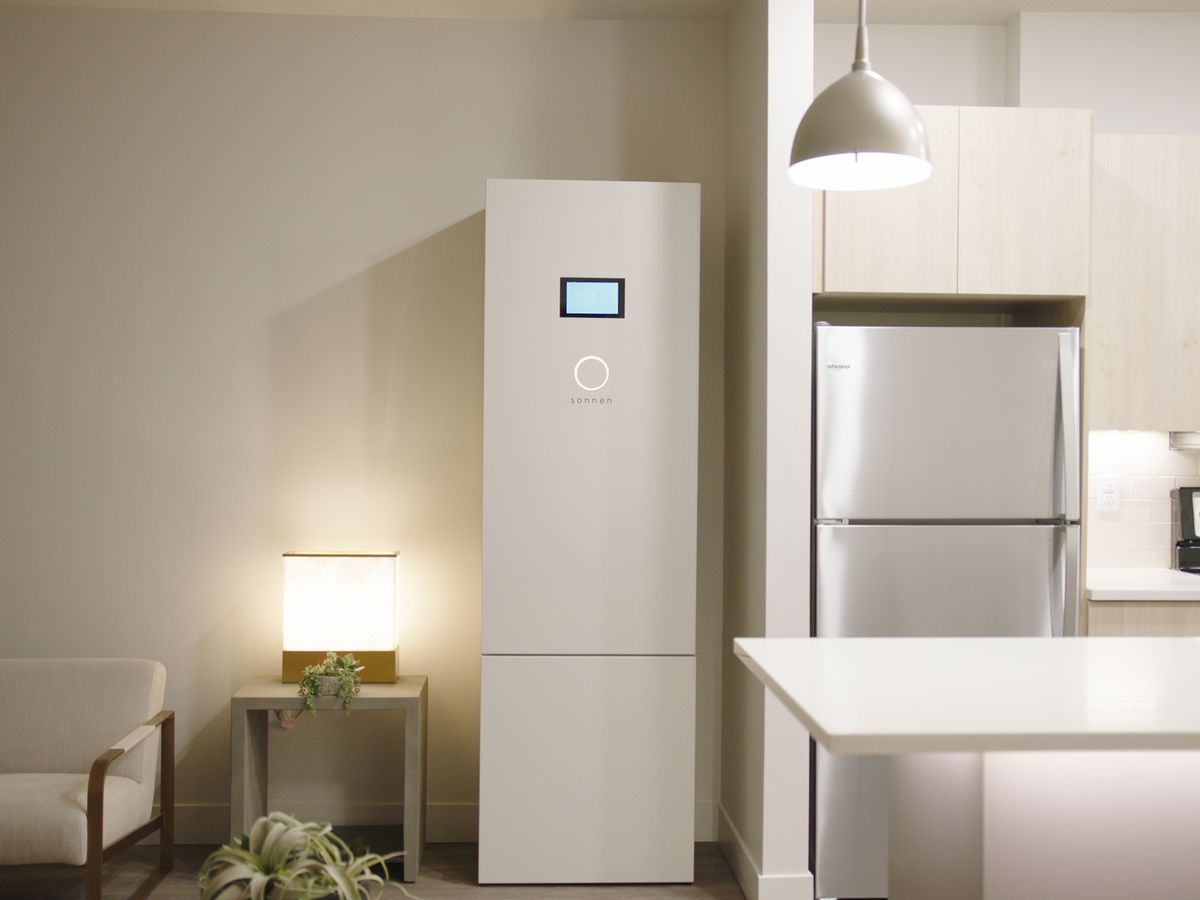 In each of the 600 apartments stands a gleaming 7-foot-tall white monolith that stores electricity generated by a 5.2-megawatt rooftop solar array.

That’s because Soleil Lofts was built not only to provide what the developer touts as “the perfect lifestyle,” but to operate as a virtual power plant (VPP). Rocky Mountain Power invested in the project and controls Soleil Lofts’ 600 lithium-iron-phosphate batteries.

That allows the utility to tap a portion of the 12.6 megawatt-hours of carbon-free electricity stored in the batteries as needed to help balance the power grid. Soleil Lofts’ ecoLinx batteries, made by Germany’s Sonnen GmbH, also keep the lights on in each apartment during blackouts.
A virtual power plant is a network of devices that store electricity and are connected over the internet to a utility. Most often they consist of residential or commercial backup batteries charged by renewable energy.

In the future, virtual power plants may also tap electric car batteries. When software determines that there is, say, a spike in demand and a utility wants to avoid firing up a fossil fuel power plant, a signal is sent for the batteries to discharge clean electricity to the grid.

“We’re able to store some of that excess renewable energy and utilize it at a time when customers need it the most,” says Bill Comeau, Rocky Mountain Power’s vice president for customer experience and innovation.

“We integrated Soleil Lofts into our energy management system so that when there’s a grid issue, the batteries will automatically dispatch energy based upon real-time system conditions.”

Homeowners are increasingly installing solar and battery storage systems as a hedge against power outages amid ever more frequent heat waves, hurricanes, and other climate change-driven disasters.

That provides a growing reserve of clean electricity for utilities scrambling to meet greenhouse gas emissions targets and to balance a power grid increasingly dominated by solar and wind energy.

Tenants, however, have largely been locked out of the battery boom. Given that rental apartments account for nearly a quarter of the U.S. housing stock, that leaves a significant gap in decarbonization efforts.

The collaboration between real estate developer, battery maker, and utility that created Soleil Lofts offers one model to expand the environmental and economic benefits of solar and storage to both the grid and renters, whether residents of luxury complexes or more modest dwellings.

Soleil Lofts’ developer, the Wasatch Group, is now spending $130 million to retrofit 3,000 of its apartments in California to add solar and batteries from Sonnen, a subsidiary of Royal Dutch Shell PLC.

“We wanted to show that this can scale to help the energy transition with existing structures that are 25- to 30-years-old,” says Ryan Peterson, president of subsidiary Wasatch Energy Group. “Wasatch wanted to prove that this can also work with low-to-medium income tenants.”

Greater Salt Lake City sits in a mountain-ringed basin prone to smog. For years, Wasatch has put solar panels on its residential and commercial buildings in the region to avoid contributing to air pollution.

With Soleil Lofts, though, sustainability is the explicit selling point.

Batteries are typically tucked away out of sight in a garage or on the side of a building; at Soleil Lofts they’re the centerpiece appliance of every apartment.

It doesn’t hurt that Sonnen’s ecoLinx is the iPhone of batteries, with an Apple aesthetic and a lithium-iron-phosphate chemistry that makes them both attractive and safe to tuck into a corner of the living room.

“Besides the nice amenities that we have, a solar and battery solution like this definitely was a plus to move here. You’re doing something for the environment.”

The ecoLinx battery also has become an increasingly attractive lifestyle feature in the pandemic era, when many people are working indefinitely from home and can’t afford to lose power.

During a recent four-hour blackout, Kannenberg’s living room battery kept his computer charged, refrigerator humming, and washing machine running. “I think that was definitely kind of like the lightbulb moment for a lot of people who live here to see what the benefit really is about,” he says.

The program, launched in January, pays Utah homeowners and businesses to install backup batteries and enroll them into a virtual

power plant, or what the utility calls a distributed battery grid management system. In exchange, participants receive an incentive that covers about a quarter of the price of Sonnen battery system as well as annual payments of $90 for an average sized battery.

“We need hundreds of megawatts of storage in the next five to 10 years,” says Comeau, who notes the utility aims to eventually generate 50 megawatts to 100 megawatts from Wattsmart Battery to balance the grid with renewable energy in Utah.

“This partnership with customers is one piece that’ll help us get there.”

Sunrun Inc., the U.S.’s largest solar installer, is connecting thousands of its customers’ solar and battery systems to supply electricity to utilities in California, Hawaii, and the Northeast.

Sunrun Inc., the U.S.’s largest solar installer, is connecting thousands of its customers’ solar and battery systems to supply electricity to utilities in California, Hawaii, and the Northeast.

In 2020, Santa Monica, California-based startup Swell Energy and its partners created a financing vehicle to fund $450 million worth of residential solar and battery systems to be consolidated into virtual power plants that would store 200 megawatt-hours of electricity.

In January, regulators approved Swell’s $25 million deal with utility Hawaiian Electric to create a virtual power plant from 6,00 Tesla Inc. Powerwall batteries to be installed in homes across three of the Hawaiian islands that would store 100 megawatt-hours of solar energy.

“We’re seeing a lot of more interest from utilities,” says Swell Energy CEO Suleman Khan, noting that such interest has risen with the increasing frequency of blackouts from heat waves and wildfires. “In California, the resiliency aspect is more and more relevant.”

That’s also a marketing strategy for Wasatch Energy Group’s California retrofit projects located in wildfire afflicted regions of the state. Unlike Soleil Lofts, the batteries are being installed in utility closets and garages as the older apartments weren’t designed for the devices.

The company is in discussions with California utilities and currently plans to sell the electricity to the wholesale market. Set to be completed in early 2023, the virtual power plants will have 60 megawatt-hours of capacity, providing a significant reserve of renewable energy to balance fluctuations in the power grid. 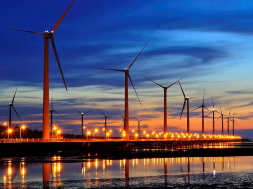