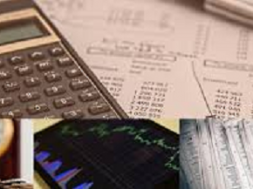 New Delhi: The Hubballi-Dharwad Smart City in Karnataka will get a funding of Rs 80 crore for its proposed ‘Green Mobility Corridor’ project that has won the CITIIS challenge, according to the Urban Affairs Ministry.

In July 2018, the Centre had announced a new Cities Investment To Innovate, Integrate and Sustain (CITIIS) challenge to identify top projects in 15 of the 100 selected smart cities, which will then receive an additional funding of Rs 80 crore each.

“I am happy to inform you that the following project (Green Mobility Corridor) has been selected from your state for funding under the CITIIS challenge,” the Urban Affairs Ministry said in a letter to the Karnataka government.

The project, estimated to cost total Rs 130 crore, aims to build a dedicated cycle corridor for over 18 km along the waterfront and on either sides of drainage.

“The project addresses the issues of public health, safe transportation, sanitation, rejuvenation of public spaces, waterfront development and most of all sustainable mobility through development of non-motorised transport,” the HDSCL MD said.

There are total seven cities in Karnataka which are part of Smart City Mission.

Smart cities is one of the biggest central government financed urban development schemes.