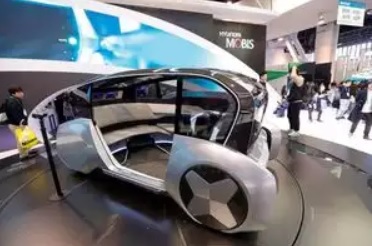 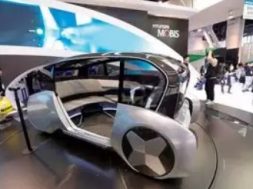 Using this technology hydrogen can be produced on-demand at the point of use, and hence it need not to be stored.

Researchers from the Indian Institute of Technology (IIT) Madras have developed a technology that can be used to generate hydrogen fuel from seawater, an advance that may contribute to a cleaner energy future.

Using this technology, described in the journal ACS Sustainable Chemistry & Engineering, hydrogen can be produced on-demand at the point of use, and hence it need not to be stored.

This overcomes the storage-related challenges associated with hydrogen as its highly inflammable and may cause an explosion, the researchers said.

Hydrogen can be a good source of energy for the future. Combustion of hydrogen does not produce carbon dioxide, unlike fossil fuels, making it a ‘clean’ source of energy, they said.

Considering the increased levels of air pollution globally, the researchers are even targeting running cars and bikes by seawater using hydrogen power.

“As the hydrogen can be produced at the point of use on-demand, safety issues associated with the storage and transportation of hydrogen is avoided,” said Abdul Malek from the Department of Chemistry at IIT Madras.

“The solid starting materials can be transported from one place to another place very conveniently. This bypasses the transportation bottleneck associated with hydrogen sector,” Malek told .

The researchers noted that hydrogen is produced at a tunable rate without heat, electricity or sunlight. The starting materials are all eco-friendly.

The process is amenable to all scales of production that is relevant for the hydrogen economy — hence sectors such as automotive, aviation etc. would benefit from this technology, they said.

“Hydrogen is the future. We want to make it ‘the present’. I am waiting for the day when our invention will fuel the Indian Space Research Organisation’s (ISRO) rockets or Defence Research and Development Organisation’s (DRDO) missiles,” said Malek.

The researchers, including Tiju Thomas, Associate Professor at IIT Madras, said they are on the way to customise and design a proper hydrogen system for vehicles.

“We are looking forward to delivering solutions for the global energy sector,” Malek said.

The technology is used to generate hydrogen from any source of water. However, as seawater covers two-thirds of the surface of the Earth, the researchers are keen on utilising it.

The set up, the scientists said, can generate fuel production with the push of a button, which adds water from one compartment to the other.

“The water addition rate can control the amount of hydrogen produced and flow depending on the requirement. The technical details are patent protected,” Malek said.

“The process is scalable. The amount can be produced according to the need. Hence hydrogen for mobility such as for cars etc is eminently possible via due customisation,” he said.

However, the new process works at the room temperature, and atmospheric pressure which is 1 bar, they said.

“Our current estimates indicate that the cost is likely comparable to the available prices — things could change with scale. However, the key selling point is enhanced safety, and elimination of point-of-use environmental pollution,” added Malek.