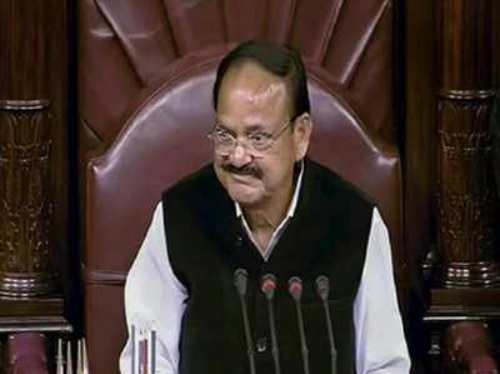 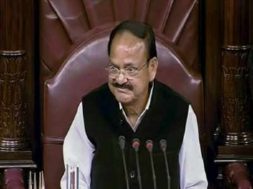 NEW DELHI: Vice-President Venkaiah Naidu on Monday expressed concern over the impact of climate change on developing countries and called upon all nations to collaborate and cooperate in an equally unparalleled manner to ensure sustainable development.

Speaking at the inauguration of the three-day World Sustainable Development Summit 2019 here, he said, “The immediate impact of climate change was felt more by developing countries because of higher dependence on climatic variables, especially when it comes to agriculture, and their limited capacities to adapt.”

“With the realisation that the impacts of climate change are borderless and that our fates are deeply inter-linked, we must explore an equally unprecedented degree of collaboration and cooperation,” Naidu said.

“Climate change and global warming threaten lives and livelihoods of billions and upsets the delicate balance of nature. It is in its recognition that India is trying its best to include the paradigm of sustainability and environmental conservation in all its development endeavours,” he said.

The vice-president also emphasised on the importance of sustainable agriculture as a part of sustainable development and said more efficient systems of irrigation with “more crop per drop” mantra should be used.

“There is a need to make use of the endless possibilities of biotechnology and nano-technology to develop a range of green products, including nano-fertilisers.

“We should move towards more efficient systems of irrigation with ‘more crop per drop’ as our mantra. Greater thrust has to be placed on organic farming and on the use of natural means of pest control,” he said.

The summit themed ‘Attaining the 2030 Agenda: delivering on our promise’ has been organised by The Energy and Resources Institute (TERI) at the India Habitat Centre, Delhi, from February 11 to 13.

“Sustainable development is a common goal for all world nations, given the unprecedented scale of environmental degradation and its drastic consequences that we have been witnessing,” the vice-president said.

The vice-president said every individual must contribute to sustainable development either by turning the ignition off at long traffic stops or by recycling and composting or by cycling to work in congested cities.

“Let our Diwalis be free of smoke and our Holis, of toxic, polluting colours. It is the accumulation of such small actions of ours that will lend the much needed momentum to India’s quest for sustainability,” he said.

He said India was on the course to achieving 175 GW renewable energy target and 40 per cent of the country’s electricity generation is set to be from non fossil fuels by 2022.

“India is committed to reducing 33 to 35 percent of emission intensity of its GDP during 2005 to 2030 in tune with its Nationally Determined Contributions (NDCs),” he added.

He said India is among the few countries of the world where forests are growing in spite of exponentially rising population and livestock pressures.

“India has set a target of raising its existing 21.54 per cent forest cover to 33 per cent of the total geographical area through aggressive forestation drives,” he said.

tags: Impact of climate change more in developing countries; all nations must collaborate: Venkaiah Naidu
15
previous Petition under Section 79 (1) (f) of the Electricity Act, 2003 and other applicable provisions of the Act in relation to the disputes having arisen under the Power Purchase Agreement dated April 2016 between the Parties.
next Energy supply and consumption patterns are changing to tackle climate change: PM Modi