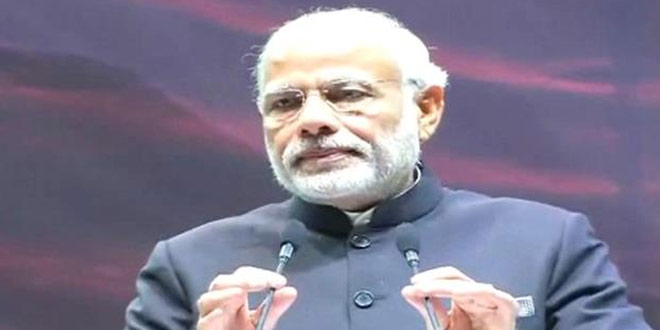 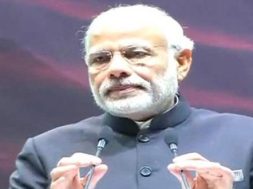 Prime Minister Narendra Modi said on Monday that patterns of energy supply and consumption are changing globally and countries are coming together to tackle climate change.

There are signs of convergence between cheaper renewable energy, technologies and digital applications, he said while addressing the inaugural session of 13th international oil and gas conference Petrotech 2019.

“At the macro level, the energy sector is a pivot and a key enabler of growth. Natural gas is fast becoming one of the largest fuels in global energy mix. We are entering an era of greater energy availability,” he said.

“Energy supply, energy sources, and energy consumption patterns are changing. Perhaps, this could be a historic transition,” said the Prime Minister. “This may expedite the achievement of Sustainable Development Goals (SDGs). Nations are coming together to tackle climate change.”

The Prime Minister said India has the potential to emerge as the world’s second largest economy by 2030. In an uncertain global economic environment, the country has shown tremendous reasons as an anchor of the world economy, he said.

“We are the third largest energy consumer in the world with demand growing at more than 5 per cent annually. India remains an attractive market for energy companies with energy demand expected to be more than double by 2040.”

The Prime Minister said people must have universal access to a clean, affordable, sustainable and equitable supply of energy. Suitably priced, stable and sustainable energy is essential for rapid growth of the economy, he said.

“We need to move to responsible pricing which balances the interests of both the producer and consumer. We also need to move towards transparent and flexible markets for both oil and gas.”

Talking about energy justice in India which has been given top priority by the government, he said many policies have been formulated and implemented.

“Electricity has reached all our rural areas. This year, we aim to achieve 100 per cent electrification of households through a targeted programme. LED bulbs distributed across the country under the Ujala scheme resulted in savings of nearly 2.5 billion dollars.”

The Prime Minister said access to clean fuel provides major benefits, especially to women and children who are at risk of exposure to smoke pollution. LPG connections have been given to over 64 million households in just under three years as part of the Ujjwala scheme, he added.