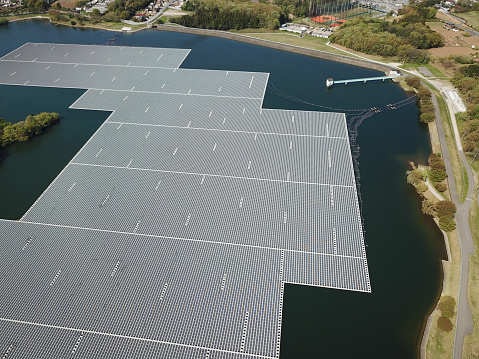 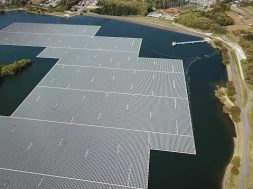 EGAT plans to invest in about 16 such projects across nine dams in the country, deputy governor Thepparat Theppitak told reporters.

New Delhi: Solar power companies in Southeast Asian that are competing for land with agriculture, industry and expanding populations have found an innovative alternative: placing floating panels in lakes, dams, reservoirs and the sea.

Earlier this week, the state utility Electricity Generating Authority of Thailand (EGAT) said it will submit a proposal for a 45-megawatt floating solar plant in the Sirindhorn dam in the country’s northeast.

EGAT plans to invest in about 16 such projects across nine dams in the country, deputy governor Thepparat Theppitak told reporters.

Elsewhere in the region, Singapore is developing one of the world’s largest offshore floating solar systems in the Strait of Johor to the north of the island.

“In land-scarce countries like Singapore, the widespread use of PV systems is hindered by space constraints and limited roof space,” said Frank Phuan, chief executive officer of Sunseap Group, which is building the system.

The platform has to be “more robust” than systems in reservoirs or lakes to withstand tougher conditions on the open sea, and to overcome barnacles that may grow on it, he said.

It was also difficult to find a spot in the sea that was not frequented by shipping vessels, he said.

Despite these challenges, floating solar systems are growing quickly in Asia alongside those on the ground and on roofs, according to the Solar Energy Research Institute of Singapore (SERIS).

While floating panels are more expensive to install, they are up to 16 percent more efficient because the water’s cooling effect helps reduce thermal losses and extend their life, according to SERIS.

“Technological advances should soon bring them on par with ground systems” in terms of cost, she told the Thomson Reuters Foundation.

Southeast Asia is particularly well suited for floating panels because of the scarcity of land and because they can be easily installed in the region’s many hydropower dams, where they can use existing transmission systems, she said.

China currently accounts for most of the more than 1.1 gigawatts of floating solar capacity now installed, according to the World Bank.

The technology’s potential is about 400 GW, or about as much generating capacity as all the solar photovoltaic panels installed in the world through 2017, the World Bank said.

There are concerns that the panels could block sunlight, affecting marine life and ecosystems, and that the electrical systems might not withstand the onslaught of water.

But backers say the technology is proven, and that the panels cover too small a surface area to create major problems.

“The first floating PV system was installed as recently as 2007, so there are still some unknowns,” said Paton.

“But it’s not a contest with ground systems – it’s about context,” she said.