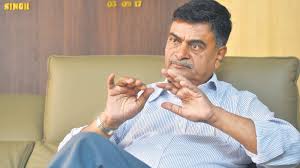 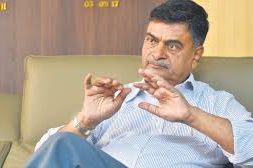 Speaking at the Valedictory Session of the 3rd Edition of the Renewable Energy Expo & Conference, RE-INVEST, 2020, Shri R K Singh, Minister of Power and New & Renewable Energy and Skills said “This edition of the RE-INVEST has been a huge success despite COVID19 pandemic. India has continued to innovate in Renewable Energy deployment by increasing capacities and adopting practical solutions, newer technologies and market mechanisms. Our adoption of floating solar, wind-solar hybrid contracts, peaking power, and venture into Round-the-Clock (RTC) procurement contracts are indications of such innovation. Many States of India have also supported by putting in place incentives for the increased deployment of RE. These steps will be collated and taken to the global investors.”

Highlighting India’s drive to bring in more energy access with a target of 450 GW by 2030 and through reduction of prices and use of clean fuels, the Minister added, “Increasing efficiencies in Solar PV and wind modules is bringing down prices, enhancing affordability and accessibility of energy and supporting better standards of living.” As a policy, India will shift to ‘Green Ammonia’ from imported Ammonia, as well as add volumes in the usage of hydrogen.

Shri Dharmendra Pradhan,Minister for Petroleum & Natural Gas and Steel, speaking at the Session highlighted India’s focus in developing a fast and integrated Renewable Energy Policy,“Apart from 450 GW RE capacity we will also focus on building an integrated cleangas-based economy. Driving the use of biofuels and emerging hydrogen and providing digital innovations in the RE space.” “Biofuels is not just a science, it is a mantra,” said the Minister as he elucidated how the formulation of a National Biofuels Policy has laid the path for blending fuels, ‘One Nation, One Gas Grid’ for city gas distribution, using LPG as a social change, and using biofuels in the aviation sector. His Ministry which is the national policymaker for fossil fuels is now focused on a gas-based economy in step with the Hon’ble Prime Minister’s focus on a clean-energy nation.

Mr Bento Albuquerque, Minister of Mines and Energy, Brazilspeaking at the august gathering said “Brazil & India are key partners in developing mechanisms for the use of ethanol. Our countries are energy powers & our association will have a positive impact on society and in the post-pandemic world.The RE-INVEST is a great platform to discuss and debate with experts in the world of RE on the opportunities, issues and challenges of procuring energy from renewable sources.”

One Sun One World One Grid is also a strategy that India continues to push for at an international level. Shri UpendraTripathy, Director General, International Solar Alliance (ISA) emphasized India’s role in the world and the work that ISA continues to foster across the world. “At the COP26 next year, we plan to bring out a Glasgow charter not just for OSOWOG but also for World Solar Bank. ISA is happy to play a big role in building this together.”

Shri Indus ShekharChaturvedi, Secretary, MNRE India said that 3rd RE-INVEST held virtually with Confederation of Indian Industry (CII) as the industry partner, has helped to understand the depth and outcomes of the collective effort involving global stakeholders. Many great learning experiences, new ideas & facts that will drive the way forward for Renewable Energy in India and across the world.

The 3rd Global RE-INVEST was inaugurated on 26thNovember, 2020 by Prime Minister Shri Narendra Modi and joined by various dignitaries from India and across the world including Prime Minister of Israel, Energy Minister from UK etc. More than 41 Sessions were organised during the event leading to deliberations on various aspects of Renewable Energy.