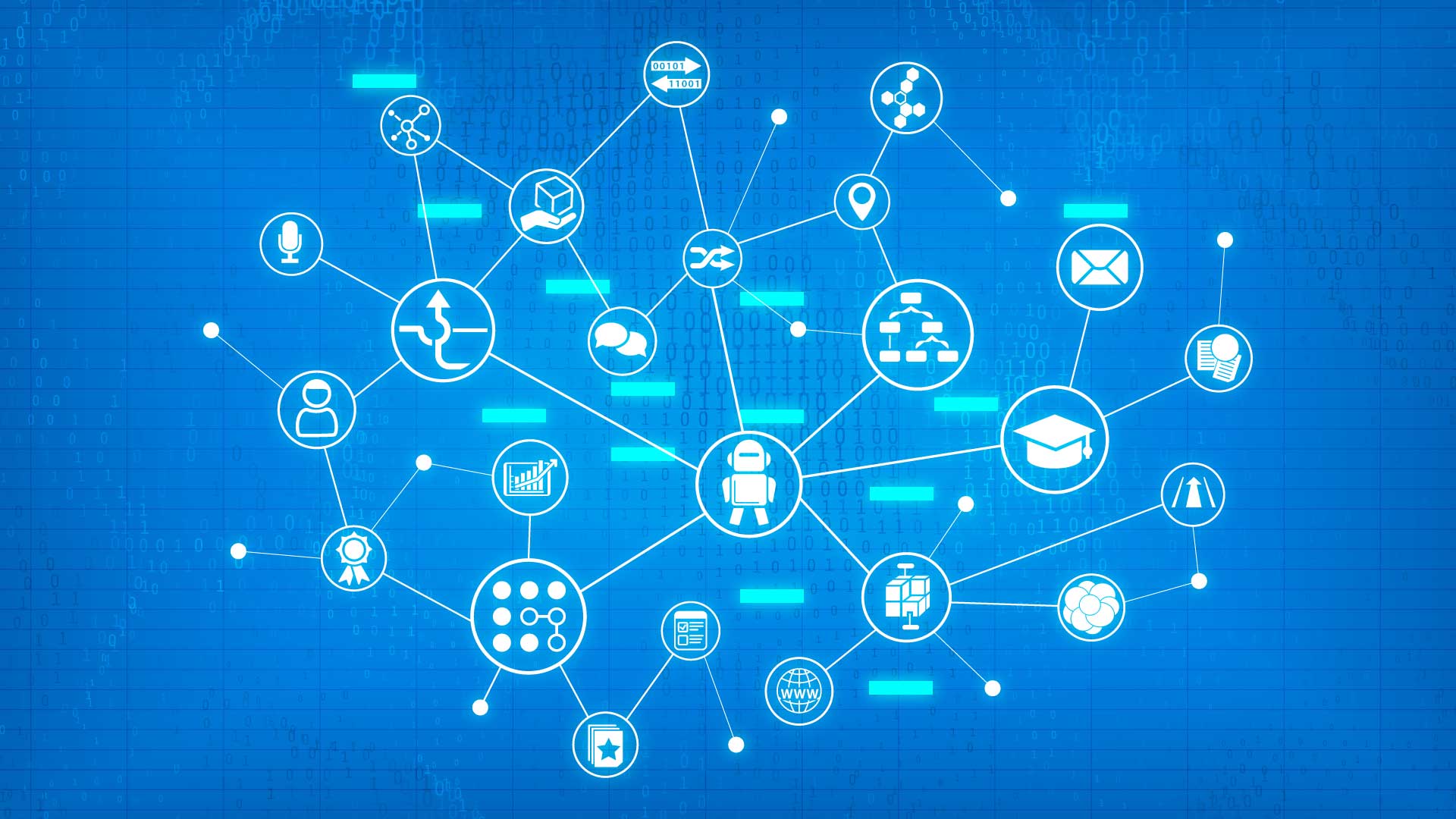 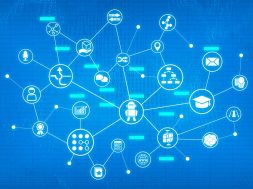 Let’s begin with an example to understand the need for governance structures for blockchain solutions. Suppose an electricity transmission company supplies electricity to your house in New Delhi, India. You know that this company procures electricity from a power generator; arrives at its cost; manages how electricity is supplied to your residence; decides what to do if a power grid fails; decides where to supply the electricity in times of overload; and will handle repair work, amongst other things.

Now consider a situation where you can produce your own electricity using rooftop solar panels, and even supply excess energy to your neighbors. All the information about power production, storage and transfer is recorded securely on a blockchain. You have one technological support provider who puts this solution in place and maintains it (suppose, for a fee). In such a situation, you are all power producers and ideally should all have a say in how this set up is maintained. Some of the questions you will seek to answer include how the price of electricity is calculated; how electricity is channelled in times when demand is greater than supply; who can view the information on the blockchain; who can decide on software upgrades; who will be legally liable if a law is broken, amongst other things. These are the questions which the discourse of blockchain governance seeks to answer. The above example is based on Brooklyn located, LO3 Energy which had to answer the same questions while operationalizing its service1. LO3 finally create a non-profit organisation to help local communities govern their microgrids2. For more such examples, do read Mary C. Lacity’s paper titled ‘Addressing Key Challenges to Making Enterprise Blockchain Applications a Reality’3.

Going forward, start-ups, companies and commercial consortia will need to design governance structures which not only address regulatory and legal requirements4 but also account for complexities arising from the decentralized and participatory nature of blockchain solutions5. These considerations change for every enterprise. In the example above we discussed how individuals who do not have a vested interest in modelling the governance structure a particular way to interact with one another. But what if the participants were global logistics giants? How willing would one player be to put its information on a blockchain developed and maintained by its competitor? TradeLens,6 a joint development by IBM and shipping giant AP Moller-Maersk found out. On the announcement, it had some 90+ signed-up adherents, but within weeks TradeLens was finding it difficult to onboard the required participants to reach critical mass7. Experts and observers commented that the reason for this was the suspicion of non-Maersk carriers to participate in a Maersk owned and controlled blockchain network.8 The Centre for Supply Chain Studies in the US faced similar concerns while exploring blockchain solutions to comply with the Drug Supply Chain Security Act, 20139; a law which mandated collecting information for all changes in ownership of pharmaceuticals through the supply chain. The questions they faced included10:

Going a step further, distributed ledger technology allows multiple firms to come together to innovate11, which requires credible cross-firm governance structures. Such consortia would be interested in ensuring that no single entity can unilaterally make rule changes, code base upgrades, or alter records.12 They would also have to design secure and credible decision making processes and norms13.

The above examples illustrate that the decentralized nature of the blockchain landscape makes governance tricky, since it can no longer be centralized like in traditional enterprises.14 Fortunately, this can be solved by designing a ‘governance portfolio’15 tailored to the requirements of each blockchain application.

“The only way we are going to get value for the whole industry is to think differently about working together. I’ve been calling blockchain a ‘team sport’ for a few years now. We have to work with our competitors on things that improve the entire industry, like safety, quality, and reducing barriers to trade across borders.”

In on-chain governance, the rules of governance are implemented at a protocol level.17 The whole governance mechanism and interaction among participants is regulated by lines of code which are written before the launch of the network and any amendment or change in the existing codebase requires the approval of network participants (improvement protocols).18

Essentially, the code mimics a constitution (in that it defines what is possible and what is not) as well as a judiciary (in that it rejects certain acts by participants for being contrary to the code). Further, when embedded in code, rules become immutable and bring predictability to governance functions that are otherwise susceptible to social and political vagaries. However, this also has downsides.19 Once all participants are informed about the rules, bad actors may try to manipulate the rules to their advantage20. A good example of this is the DAO hack21. In April 2016, Slock.it developed a DAO run investment fund run on self-executing smart contracts22 on the Ethereum protocol. Shortly after the project went live, a hacker exploited a vulnerability in the algorithm to drain money from the fund23. The attacker then published an open letter claiming that under the ‘code is law’ principle, he had acquired the ether legitimately as per the terms of the smart contract. Furthermore, this opinion was mirrored by many in the Ethereum community24, which creates fertile ground for hackers to take this defence in the future as well.

Several major blockchain projects such as EOS, Tezos, Dfinity, and Decred have introduced on-chain governance centered models where governance is an integral part of the protocol.25

In off-chain governance, these rules, procedures and social norms are not embedded in the code of the protocol but are implemented in the physical world, like traditional governance. Since it resides outside the network infrastructure, it is vulnerable to more traditional threats, such as corruption, collusion, human errors, amongst other things. On the positive side, this framework allows more flexibility and agility to adapt to the changing requirements of the network.26

Therefore, off-chain governance more closely resembles traditional governing structures. Established cryptocurrencies such as Bitcoin and Ethereum use this model of governance through a balance of power between core developers, miners, users, and business entities as part of the community. Bitcoin’s sustainability thus far can largely be attributed to its recognition of the need for a slow evolution that is composed of gradually implementing improvements.27

The choice of on chain or off chain governance influences the level of centralization in decision making as well. On chain governance allows every proposal to be independently voted upon by every participant on the network, which is more aligned to the decentralized nature of blockchain technology. However, user participation has persisted as a challenge in such set ups.28 Creating the right economic incentives and aligning these incentives with the overall objective of the network is a complex task.29 If a majority of users do not vote, then the protocol ends up being controlled by a small number of participants, often negating the point of decentralization. Further, if network participants collude it could also lead to anti-competitive practices which is detrimental to the overall blockchain network. For instance, recently EOS block producers colluded with each other and mutually decided to vote for each other in a bid to gain more income from block producing EOS.30

Off chain governance can also lead to greater centralization of power. This is because it usually allows only a few network participants to partake in governance functions. Many argue that this is against the ethos of distributed ledger technology.31

Fortunately, governance models can include a mix of on chain and off chain governance. Functions which require expedited decision making can be done off chain.32 These include decisions on software upgrades and decisions on legal liability and compliance. Some consortia, including the Hyperledger Project, use steering committees, which are a credible means of off chain governance and can be replicated for other blockchain applications.33 Other rules which are more fundamental to the survival and growth of the blockchain can be embedded into code to make sure that they are observed in all situations. This can include decisions such as when a hard fork34 in the network is necessary.

Within the limits set by the code (and the law, of course), organizations have considerable flexibility to decide the mix of on chain and off chain governance. Unfortunately, there cannot be a one size fits all approach in this regard. This is because organizations differ in their size, products, missions and technical expertise and wherewithal of their participants. For a deeper understanding of on chain and off chain governance, we recommend Primavera de Filippi and Greg Mcmullen’s treatise, Governance of blockchain systems: Governance of and by Distributed Infrastructure published by the Blockchain Research Institute and COALA in 2018.35

In the next blog in this series, we will explain the physical, architectural and legislative constraints which influence an entity’s choice of blockchain governance models.

Hope to see you next time!

(This blog was authored by Ratul Roshan, Associate at Ikigai Law with inputs from Ishan Pandey, a fourth-year student at Institute of Law, Nirma University, Gujarat while his internship with us, and Anirudh Rastogi, founder and managing partner at Ikigai Law)