The Kwid electric is spotted for the first time and from the images it can be seen that the front of the Kwid EV is heavily covered. The profile of the car looks more or less the same. But at the front it seems like the electric version of the new Kwid will get a revised bumper and most likely to get Full LED headlamps.

Details regarding the electric motor, which it is developing in partnership with a Chinese firm, Dongfeng,is not out yet, but Renault has confirmed that it will have a driving range of 250 kms. Renault will introduce the Kwid EV first in the Chinese market where electric vehicles are gaining popularity. After China, Renault is likely to launch this electric vehicle in India. Other markets for the Kwid Electric include Brazil and South Africa – two other developing countries that will move towards electric cars in the coming years.

The Kwid EV is expected to be equipped with premium features such as rear view camera, touch-screen infotainment system, rear AC vents, Automatic AC and more. The instrument cluster is expected to display information regarding distance to empty, remaining battery charge and nearest charging station. Renault India is waiting for clarity on the country’s electric vehicle policy from the government. Once there’s a clear road map for electric vehicles in India, the automaker will launch the Kwid Electric here.

Renault will also offer Kwid’s EV version with double charging option, which will make it compatible with both domestic and public chargers. It is not just Renault, who is preparing to launch electric vehicles in India. Maruti Suzuki has already started the testing of electric version of the WagonR hatchback and Mahindra has also announced that they will be launching the electric version of their recently launched compact SUV XUV300. Another home grown manufacturer Tata motors have already developed an EV version of the Tigor sedan which is used by Indian government’s EESL. Hyundai will soon launch the Kona electric SUV.

Under this strategy, government will provide a maximum rebate of Rs 50,000 and lower the interest rates on loans. The move is part of the government’s bid to promote the manufacture and sale of EVs in India so that they eventually comprise 15% of total sales from the current negligible share in the next five years.

The benefits to the buyers will be decided on the basis of the model they choose and the size of battery used in the vehicle. EV buyers are likely to be exempted from parking charges which would result in substantial savings for Electric Vehicles. Many states have also waived off registration fee and road tax for electric vehicles. This might become a pan India procedure once this idea gets implemented.

If this plan gets implemented, then there is a need of extensive infrastructure development to provide adequate charging points. In a bid to promote EVs in India, government had also reduced the import duty on import of components for electric vehicles. This would in turn attract more manufacturers both Indian and international to manufacture or assemble electric vehicles in the country.

Starting from 2020, which is also the year when the much tighter Bharat Stage 6 emission norms come into place for internal combustion engined cars, a range of electric cars will be launched in India. The country’s leading automakers such as Maruti Suzuki, Hyundai, Tata Motors and Mahindra have lined up electric cars for 2020.

While Maruti will launch the WagonR Electric, Hyundai has readied up the Kona electric SUV. Mahindra, for its part has multiple electric vehicles ready for launch in 2020 including electric variants of the KUV100 and XUV300. Tata Motors will launch the Tiago and Tigor EVs for private car buyers.

tags: India-bound Renault Kwid Electric car spied for the first time
30
previous Bescom to add 22 electric vehicles to its fleet
next Your electric vehicle dream may get a Rs 50,000 jump-start 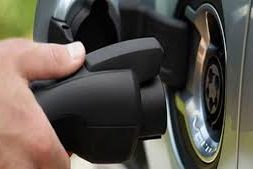 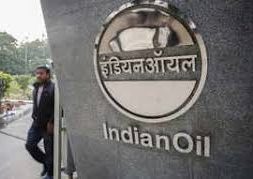 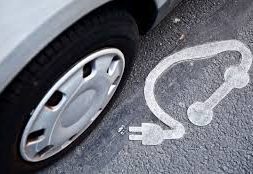