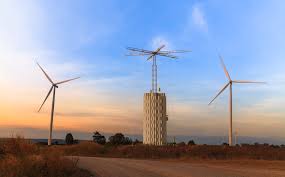 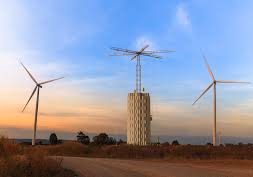 The Ministry of New and Renewable Energy in India is looking beyond batteries to push energy storage in the renewable energy and grid balancing and support sector.

Gravity storage works on the same principle as a pumped hydro project, with storage of potential energy at times of surplus, converting that stored potential energy into kinetic energy and, finally, into electricity. Usually a large mass (rock or concrete) is lifted using hydraulic pressure to store potential energy. To generate energy, the large mass is dropped, which pushes a large volume of water through a turbine, similar to the operation in a pumped hydro or a normal hydro power project.

Gravity-based storage systems based on solid mass are certainly a technology that can be implemented in India, as it is comparable to pumped hydro in several operational aspects. According to Heindl Energy, the efficiency of gravity storage is around 80%, nearly same as that of pumped hydro storage. A study by the Imperial College of London estimates the levelized cost of Heindl’s technology at $106 per megawatt-hour compared to $206 per megawatt-hour for pumped hydro.

University of Nottingham and the World Society of Sustainable Energy Technologies are working on gravity storage systems integrated into abandoned mines. The technology, submitted for patent, is called EarthPumpStore. The University ‘estimates that 150,000 abandoned mines in China could deliver an estimated storage capacity of 250 terawatt-hours’.

An innovative gravity storage system is reportedly in works by the Advanced Rail Energy Storage (ARES) in the United States. The company received approval for its first commercial project in 2016. The project is expected to be implemented in Nevada. Following is a summary of its operational aspect.

Using a single railroad track sited on a gentle grade, multiple electric locomotive cars can move up the track as they receive excess power from solar and wind power plants during sunny and windy days. The train cars will remain available and, when needed, be dispatched slowly downhill, using their motor-generators to return power to the electricity grid. ARES Nevada will provide a wide range of ancillary services, enabling the grid to adjust to momentary changes in demand and help stabilize grid voltage and frequency.

Another company, Graviticity, is also focused on gravity storage solutions. The company aims to develop a 250 kilowatt concept demonstrator in 2019, with a first full-scale prototype in ‘2020 or 2021’ in a disused mine in the UK. The company is working with Dutch winch and offshore manufacturer Huisman Equipment BV on the technology front.