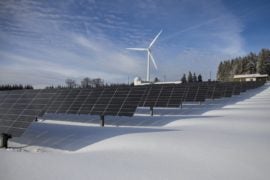 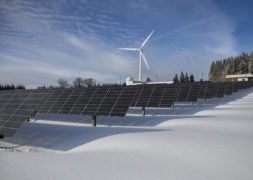 The Indian state of Madhya Pradesh has issued an Expression of Interest document calling project developers and other stakeholders to set up energy storage projects.

The government of Madhya Pradesh, for the first time, has indicated intentions to set up a large-scale energy storage infrastructure in the state in response to the increasing share of renewable energy in its power mix. According to official data, Madhya Pradesh has an installed power generation capacity of around 12.3 gigawatts which is owned by the state government. Of this, over 3.9 gigawatts of capacity is based on wind and solar power technology, contributing an impressive share of 39%.

In view of this high percentage of intermittent power technology, the government of Madhya Pradesh is looking to develop a large-scale solar power project with storage solutions. The state proposes a 500 megawatt renewable energy project in the EoI, without specifying any particular technology — wind or solar. The requirements for energy storage is: at least 8 hours of daily discharge with capability of three hours of continuous discharge.

An important prerequisite for participating in the EoI, a potential tender in the near-future, is that the participants must set up manufacturing facilities within the state. It seems quite clear that the state now wants to attract investment for the next push in India’s renewable energy program. In terms of applications from the energy storage solutions, the EoI is quite extensive with state looking at services like time shift, peak shaving, frequency control, and generation forecast.

India has awarded a ‘must-run’ state to renewable energy technologies, with focus on wind and solar as they form around 82% of the installed renewable energy capacity, excluding large-hydro power projects. ‘Must-run’ means that power distribution utilities must procure all the power generated from solar and wind energy projects and cannot ask the developers to reduce generation or shutdown power plants, except under certain emergency conditions.

The central government has pre-empted the potential hazards of a high intermittent capacity with ‘must-run’ provisions and has made multiple attempts at energy storage tenders. The fifth national-level solar power tender issued by the Solar Energy Corporation of India (SECI) has a component of energy storage built-in. SECI had earlier issued, and cancelled, two large-scale renewable energy tenders with energy storage in the state of Karnataka and Andhra Pradesh citing high costs and tariff bids.