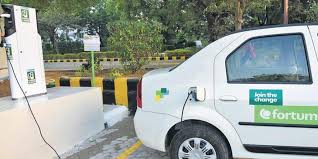 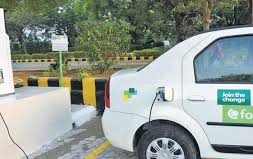 According to the study, the country’s electric vehicle market could be worth nearly $206 billion (around Rs 14.24 lakh crore) in the coming decade, if India were to achieve its 2030 EV ambitions.

CHENNAI : India needs to make a cumulative investment of over $180 billion in electric vehicle production and charging infrastructure until 2030 to meet its electric vehicle (EV) ambition, finds a recent study by the CEEW Centre for Energy Finance (CEEW-CEF).

According to the study, the country’s electric vehicle market could be worth nearly $206 billion (around Rs 14.24 lakh crore) in the coming decade, if India were to achieve its 2030 EV ambitions.

The cumulative EV sales in all vehicle segments could cross over 100 million units by FY30, which is 200 times its current market size. At the end of March 2020, the total number of registered EVs in India stood at only half a million.

Vaibhav Pratap Singh, senior analyst at CEEW-CEF, and lead author of the study, said, “Availability and affordability of capital for OEMs, battery manufacturers, charge point operators, and end consumers would be key to determining the pace, efficiency and cost of India’s transition to electric vehicles.” Consistent policy support would also be critical.

The recent announcements by the government to set up EV kiosks across 69,000 petrol stations in the country and permit sales and registration of EVs without batteries can give a boost to the sector, the study noted. The CEEW-CEF study estimates that meeting India’s EV ambition would also require an annual battery capacity of 158 Gigawatt hours (GWh) by FY30.

This presents a massive opportunity for the domestic industry. Even if 50 per cent of the battery manufacturing capacity were indigenous, investments would amount to $6.1 billion (Rs 42,900 crore) by FY30.

The CEEW-CEF study estimates India would also need a network of over 2.9 million public charging points by FY30, beyond the in-home charging points. This could create another massive opportunity for domestic sector requiring up to $2.9 billion (`20,600 crore) investments until 2030.