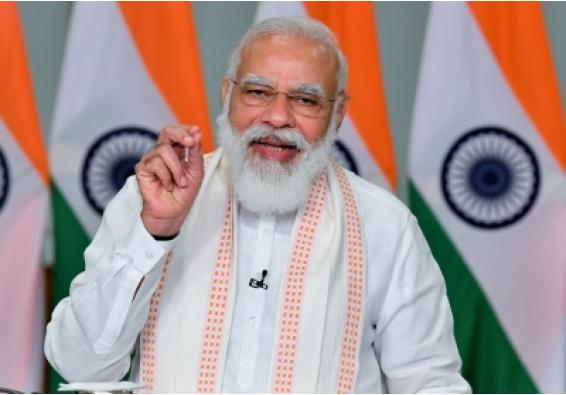 India will drive the global energy demand, Prime Minister Narendra Modi said on Monday as he showcased his government’s recent reforms in the sector to global investors at the India Energy Forum. PM Modi said that switch to renewable energy has helped India save Rs 24,000 crore per year in energy costs.

Prime Minister Narendra Modi on Monday said that a self-reliant India will be force-multiplier for the world economy.

Inaugurating the fourth India Energy Forum CERAWeek, PM Modi said that energy security is at the core of efforts to build self-reliance.

PM Modi said the coronavirus pandemic had resulted in global energy demand falling by one-third, investment decisions being impacted and predictions of a contraction in demand over the next few years.

But India is likely to see energy consumption double over the long term, he said.

While mentioning India’s growing energy needs as it develops, the prime minister also stressed on the use of energy justice.

“India’s energy plans aim to ensure energy justice. That too, while fully following our global commitments for sustainable goals,” he said.

“With a smaller carbon footprint, our energy sector will be growth-centric, industry-friendly and environment-conscious. That is why India is one of the most active nations in furthering renewable source of energy,” PM Modi added.

India, he said, was on track to meet its COP21 commitment of raising electricity generation from renewable energy sources to 175 gigawatts by 2022.

“We have further extended the target to 450 GW by 2030,” he said, adding India has one of the lowest carbon emissions.

Lauding India’s efforts of energy conservation, PM Modi said, “In the last six years, over 11 million smart LED street lights were installed. This has enabled an estimated energy saving of 60 billion units per year. The estimated greenhouse gas emission reduction with this programme is over 4.5 crore tonnes of CO2 annually.”

The prime minister said that the conservation efforts have helped India save Rs 24,000 crore in energy costs annually.

Stating that India saw transformational reforms in the energy sector in the last five years, the Prime Minister highlighted changes in oil and gas exploration and production regime as well as gas marketing.

“India’s reform journey has been on the high speed in the last five years,” he emphasised.

While the focus is to make India a gas-based economy, the nation would also be raising oil refining capacity from 250 million tonnes per annum currently to 450 million tonnes by 2025 to keep self-reliance in sync with demand, he said.

India’s energy future is bright and secure, Modi said, adding access to energy should be affordable and reliable.