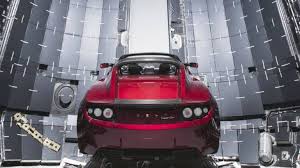 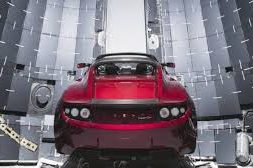 China is not only the biggest buyer of cars and SUVs in the world but also the biggest consumer of electric vehicles. But, much of that growth depend on state-sponsored subsidies. India too has subsidies for such vehicles but not for all. Here’s a list of all the major developments in the auto space during the week along with our take on electric vehicles.

Honda Motorcycles & Scooter India (HMSI), the country’s second largest two-wheeler manufacturer, has opposed the government’s proposal to allow sale of only battery powered two-wheelers (2W) in segments below 150cc by 2025.

Hero MotoCorp, Bajaj Auto and TVS Motor Company, along with the apex lobby the Society of Indian Automobile Manufacturers (SIAM), have criticised the proposal in unison, stating that six years is too short a period for making the transition.

Piaggio Vehicles, India’s second-largest three-wheeler maker, will invest Rs 200-300 crore over three years on product and technology development, including the launch of a fully-electric three-wheeler in the December quarter.

Car sales slumps by 21 percent in May

Honda may review investments in India

With India’s automotive market witnessing one of the worst slowdowns in its history, vehicle manufacturers have started reviewing their investment plans.

Though Honda Motorcycle and Scooter India (HMSI) has decided to go ahead with its planned capacity expansion at Gujarat, plans beyond that may be required to be relooked, said a top executive of the company.

Mahindra & Mahindra (M&M) said on June 14 that its Farm Equipment Sector (FES) has picked up 11.25 per cent stake in Switzerland-based agri-technology firm Gamaya SA for CHF 4.3 million (over Rs 30 crore).

The investment will be through subscription to 300 common shares and 30,469 series B preferred shares of Gamaya SA, M&M said in a statement.

The company said bookings for the bike were open across all Ducati dealerships in Delhi-NCR, Mumbai, Pune, Ahmedabad, Bengaluru, Kochi, Kolkata, Chennai and Hyderabad.

China is the world’s largest market for electrified vehicles. Sales of fully electric (EV) and hybrids in the country have soared more than 50 percent every year for the last five years. But, the primary reason behind that stupendous growth was the incentives provided by the government that essentially inflated market demand.

In March, the Chinese government slashed subsidies for EVs and hybrids by 50 percent, making all such vehicles financially unattractive. As a result, in April, growth fell by more than a half to just 18 percent, followed by just 1.8 percent growth in May. The situation should look grim in June.

With the subsidies intact, China’s electrified vehicle market stood at 1.3 million vehicles in 2018. India’s underdeveloped ecosystem for electric vehicles made sure that the country struggled to sell even 1 percent of that during the same year despite some state-sponsored incentive schemes.

But, that was when the subsidy schemes were active under the first phase of Faster Adoption and Manufacturing of Electric and Hybrid Vehicles (FAME-1). In 2018, the government of India decided to withdraw all such incentives provided to private buyers, allowing only the commercial buyers to benefit from it.

This means that under FAME-2, which came into effect on April 1, 2019, only those electric cars sporting a yellow number plate can avail the state subsidy. India followed in the footsteps of China but a tad too early. While China can boast of a well-developed ecosystem that supports the sale and the purchase of electric vehicles such as local manufacturing of batteries, charging infrastructure and auto parts providers, India is yet to have any of it.

Charging stations are inadequate even in India’s national capital where the maximum thrust was given to switch over to electric vehicles. Indian parts vendors have no experience of supplying to EVs. Battery cells have to be imported as there are no manufacturers in the country.

Under such circumstances, the withdrawal of incentives will prove to be counterproductive as this will stifle demand and disallow local manufacturing.