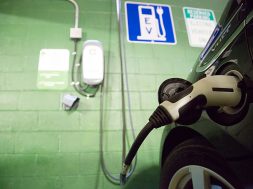 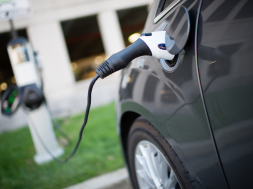 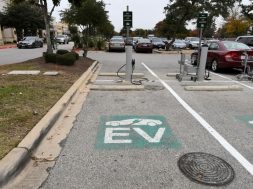 The Indian High Commission building in central London has been lit up in energy efficient tricolour leading to annual energy and cost savings.

The High Commission, situated in the iconic ‘India House’ building, is the largest Indian diplomatic mission and recently became the first to sign up to an energy efficiency contract with India’s Energy Efficiency Services Limited (EESL).
“Under the contract, EESL will install 1,700 LED lights in High Commission of India. The installation of these LED lights will lead to annual energy saving of 147,000 units and cost savings of 23,000 pounds over seven years,” an EESL statement said.

“The building will be turned energy efficient by retrofitting LED lights inside the building as well as the facade lighting, which will lead to 66 percent reduction in energy consumption,” the statement said.

The agreement between EESL and the Indian High Commission in London was signed during the UK visit of Piyush Goyal, India’s minister of power, coal, new and renewable energy and mines, last month.

Implementation of the LED programme results in energy savings, which are then monetised. EESL is paid fixed amounts per kWh upon completion of the LED project. The savings achieved are assessed by an authorised measurement and verification (M&V) organisation. The project duration is for seven years, within which EESL also provides operational maintenance of the installed lights.

“EESL, under the administration of the Indian government’s Ministry of Power, is working towards mainstreaming energy efficiency and is implementing the world’s largest energy efficiency portfolio (worth 5.6bn pounds over a period of three years) establishing 20-fold growth,” EESL said.

So far, the firm has retrofitted over 240 million LED bulbs and 2 million smart LED streetlights across India through “self-sustaining” commercial models. EESL aims to leverage this implementation experience and exploit new opportunities in overseas market for the diversification of its portfolio. The company has set up global operations in the UK, South Asia and South East Asia.