The 3.8 mn jobs created in renewable energy sector by 2030 could easily offset 259,000 jobs that could be lost by scaling down of carbon-intensive and resource-intensive industries, says an ILO report

If 40 per cent of India’s electricity comes from renewables by 2030 (from 7.5 per cent in February 2018), the country could add about 3 million new jobs, according to a report by the International Labour Organization (ILO), an arm of the United Nations.

This will “more than offset” the 259,000 jobs that could be lost–8.6 per cent of the new 3 million jobs–by the scaling down of carbon-intensive and resource-intensive industries, said the report that analysed how climate-change mitigation could affect jobs in India and globally.

Renewables will have most new jobs

“The net increase of approximately 2.8 million jobs will be the result of the adoption of sustainable practices, including changes in the energy mix, the projected growth in the use of electric vehicles, and increases in energy efficiency in existing and future buildings,” the report said. The overall net jobs benefit in India comes with sectoral differences. All the sectors in the economy, except the mining industry, will see more employment by 2030.

Renewables will see 1.5 million new jobs, followed by 466,200 jobs in the construction sector and 285,200 in the services industry, the report said.

tags: India's shift to green economy could add 3 million jobs by 2030: Report
41
previous Is containerized energy the solution to the Pacific’s power woes?
next IEEFA India: Something short of an ‘amazing opportunity’ for U.S. coal 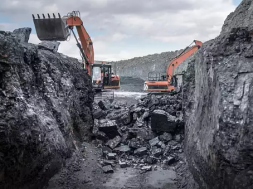