Ingeteam closes 2018 with a total supply of 3.85 GW in PV inverters 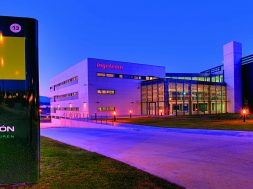 Ingeteam closes 2018 with a total supply of 3.85 GW in PV inverters

Ingeteam’s solar business unit, dedicated to the design and manufacture of solar inverters for PV installations, closed 2018 with a total of 3,850 MW supplied throughout the world. This figure is a historic high for the company, whose former best record was 1.44 GW, achieved in 2017.

In 2018, the key markets in which the company has grown its solar business are the Middle East region, Mexico, Australia, Spain, North Africa and France. However, the products sold last year, all of which were designed and manufactured at the company’s

facilities in northern Spain, were supplied to more than twenty countries in all five continents.

José Luis González, Sales Director of the Ingeteam Solar Photovoltaic Area, emphasised that “we expect to consolidate our position in the markets in which we are most active and well-established, yet without losing sight of any new opportunities that may arise in other countries with good growth prospects.”

The company has an extensive product portfolio, ranging from string inverters, directed at residential, commercial and industrial systems, up to central inverters, directed at large-scale plants rated at hundreds of megawatts. In fact, in 2018 Ingeteam supplied its PV inverters to eleven plants whose rated capacity is either equal to or greater than 100 MW. In this group of large-scale solar plants, particular mention should be made of the largest PV plant in Europe (500 MWp) and the largest in the world (1,177 MWp).

According to some estimates, the total of photovoltaic inverters supplied by Ingeteam in 2018 would be able to generate enough energy as to satisfy the demand of around two million households.

Energy storage is a key sector for Ingeteam, where the company is positioning itself for the considerable development expected in the short and medium term for systems of this type, both at a residential level and also on a large scale. In fact, Ingeteam is marketing its battery converters for both segments and, in 2018, the company supplied this equipment primarily for hybrid systems that combine PV generation with energy storage. Sales were principally made to countries such as the United States, Spain, Australia, the United Arab Emirates and Brazil.

Global leader in the provision of Operation & Maintenance Services

Furthermore, the company has achieved a new annual record for maintained power, exceeding 12 GW of renewable power across the globe, of which 4.4 GW correspond to solar power in more than 500 PV plants.  This means that Ingeteam Service is currently securing its global leadership position as an ISP (Independent Service Provider) of operation and maintenance services at energy generation plants.

Ingeteam is a leading company specialising in the design of power and control electronics (frequency converters, process automation and control systems), electric machines (generators and motors), electrical engineering and generation plants. To date, Ingeteam has supplied 54 GW in power converters for renewable energy plants and is amongst the TOP 10 companies dedicated to the operation and maintenance of renewable plants, with a portfolio of more than 12 GW.

The company operates in all continents, and has a headcount of 3,900 employees around the world. Ingeteam invests 5.5% of its annual turnover in R&D, which is the backbone of the company’s business activity.