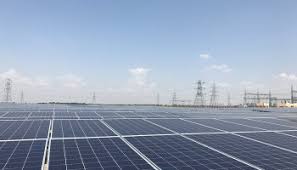 Ingeteam has passed the 2 GW (2,000 MW) mark for solar power supplied as PV inverters for the Australian market. This figure was achieved thanks to the 753 MW awarded to the company in 2020 in eight photovoltaic projects in which itsInverter Stations have been or are being installed, as well asother Ingeteam products and services. Specifically, the total solar power awarded to Ingeteam in Australia already amounts to 2,096 MW.

An important milestone for the company that is strengthened with the arrival to the Australian market of Ingeteam Service, the company’s operation and maintenance division. As a market leader in the supply of O&M services for energy generation plants, Ingeteam Service has landed in Australia with a first contract to provide O&M services to two solar PV power plants with power ratings of 85 MW and 75 MW, that were commissioned in December 2017.

Juan Miguel Gutiérrez, the director of Ingeteam Australia Pty Ltd., stated that the 2 GW of power “is a nice, round number, but the important thing is that it reaffirms the confidence that our customers are placing in our solutions, in a market in which the technical requirements demanded by the power companies and grid operator are probably the toughest in the world”.
The figure achieved by Ingeteam in Australia has secured the company’s position in the country, where it has been present since 2013 and currently boasts the second largest market share in the PV inverter manufacturer ranking.

Juan Miguel Gutiérrez also added that “our customers highly value the fact that Ingeteam is able to offer a complete package of products and services, which not only includes the PV inverters and transformer substations with all the low and medium voltage equipment, but also the power plant controller (PPC) system, the SCADA, the equipment commissioning work and the operation and maintenance service”.

About the Ingeteam group

The Ingeteam Group operates throughout the world, with permanent facilities in 24 countries, employing more than 4,000 persons. R&D&i is the backbone of its business activity, in which more than 5% of the company’s turnover is invested annually.