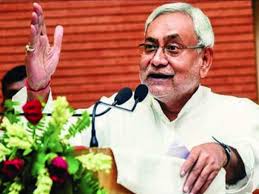 Install solar plates on govt buildings from this year: CM 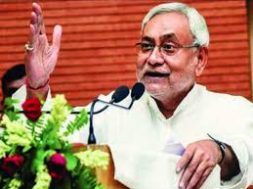 Install solar plates on govt buildings from this year: CM

PATNA: In a bid to promote renewable sources of energy, chief minister Nitish Kumar on Wednesday issued a directive for installation of solar plates on all government buildings and offices in the state from this year.

Chairing a meeting to review presentations on various schemes of energy department, the CM said there is need to spread awareness among people to install solar plates on ponds as well as wetlands. “We should also work for rainwater harvesting,” Nitish said.

Sources claimed that the CM’s emphasis on rainwater harvesting came in the wake of reports of depleting groundwater table in different parts of the state, especially in south and central Bihar.

“Awareness about the agriculture connection should be made through advertisements in television, newspaper, radio and other mediums of mass media, so that farmers get to know about it,” Nitish said.

“The farmers have to spend Rs100 for one spell of irrigation by diesel pump set, while the same can be done by spending Rs5 by using electricity. Farmers are quite upbeat about this, hence steps must be taken to take this scheme to maximum farmers,” Nitish said.

CM also asked the officials to ensure adherence to set deadlines for installation of prepaid meters and replacement of old electric wires.