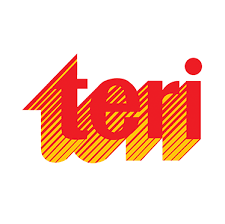 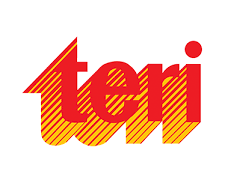 The Sustainable Action Dialogue in Monaco will focus on the key themes of mutual interest for both the nations of India and Monaco – renewable energy and electric mobility. Titled, ‘Renewable Energy – a Viable Tool for Clean Energy Transition’ and ‘Advancing Electric Mobility in Cities: Addressing Critical Challenges (Policies, Regulations & Technology)’, the day-long discussion will see two sessions, which will aim to mobilise essential thematic dialogue in the presence of subject experts from India and the European Union.

The Memorandum of Understanding signed between the Prince Albert II of Monaco Foundation and TERI in New Delhi on February 4, 2019 in the presence of His Serene Highness Prince Albert II of Monaco, was an important milestone that cemented ties between the two organisations who committed to produce common tools for communication, capitalisation and knowledge development. “The focus of the MoU was to initiate a collaboration that would identify and help conduct joint projects in line with the sustainability goals of both organisations”, said Foundation Executive Director Olivier Wenden.

The Dialogue will be held as the first pre-event to the 2020 edition of TERI’s annual flagship event, World Sustainable Development Summit (WSDS), in an effort to facilitate the exchange of knowledge and experience, and initiate sustainable partnerships. The second Sustainable Action Dialogue of WSDS is slated to be held in New York, USA on the side lines of the UN Climate Summit in September this year. This second Dialogue will focus on ‘hard-to abate sectors’ as an important discussion theme. The main event of WSDS is to be held from 29-31 January 2020, in New Delhi, India under the theme ‘Towards 2030 Goals: Making the Decade Count’.

TERI’s Senior Director,, Dr Annapurna Vancheswaran identified the WSDS and the Sustainable Action Dialogue in Monaco as “important platforms, aimed at making sustainable development a globally shared goal”. The WSDS series has over the years brought together 47 heads of state and government, 13 Nobel laureates, ministers from 67 countries, 1600 business leaders, 1800+ speakers and over 12,000 delegates from across the world. Possibly the sole Summit on global issues taking place in the developing world, WSDS now strives to provide long-term solutions for the benefit of the global community by assembling the world’s most enlightened leaders and thinkers on a single platform.

The deliberations of the Sustainable Action Dialogue in Monaco will be brought forward to the main WSDS stage in January, 2020 where they will be further dwelled upon with the aim to translate its discussions into actionable policies and resilient projects.

About TERI and Prince Albert II of Monaco Foundation

The Energy and Resources Institute (TERI), based in New Delhi, is an independent, multi-dimensional organisation, with capabilities in research, policy, consultancy and implementation. It has pioneered conversations and action in the energy, environment, climate change, and sustainability space for over four decades.