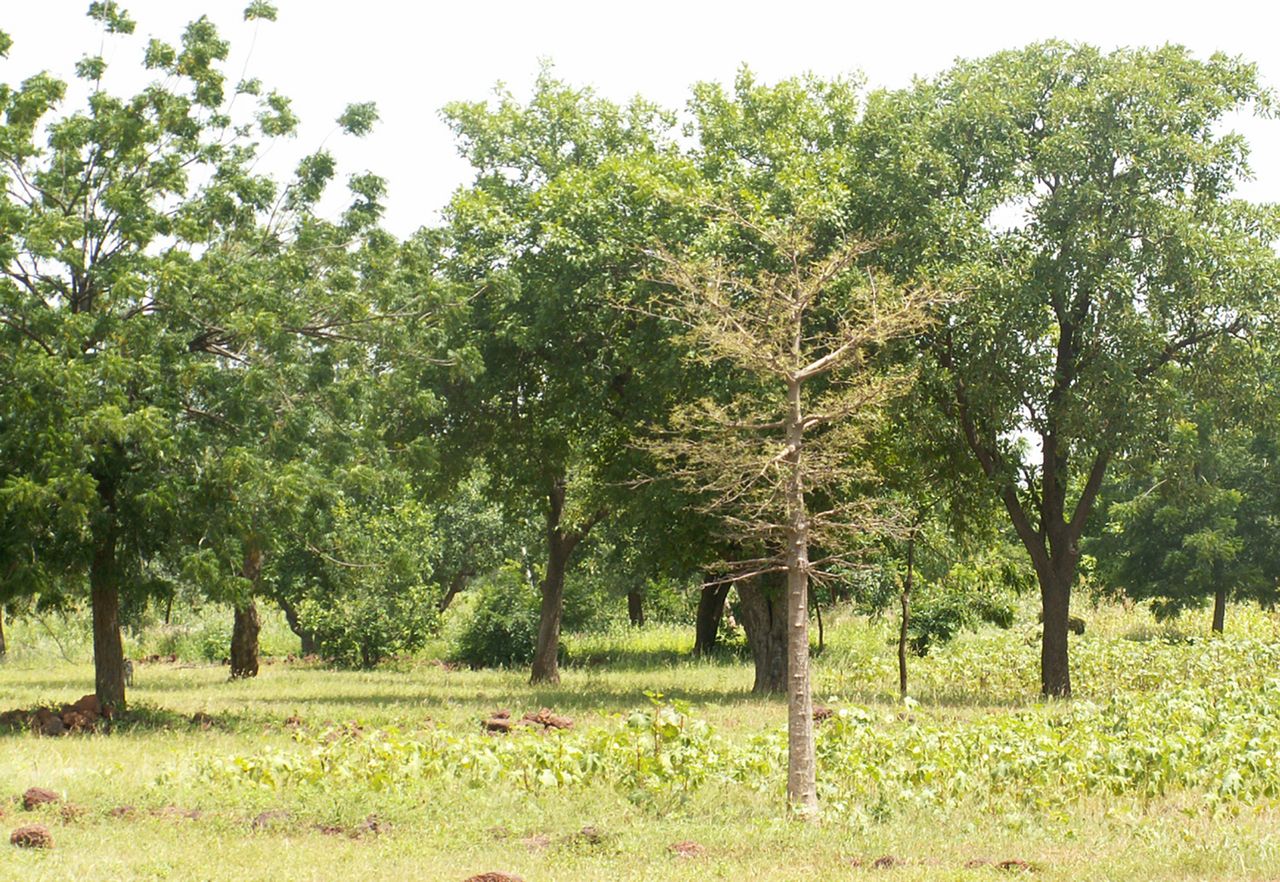 Investing in Trees: A Deeper Look at 7 US Policy Proposals 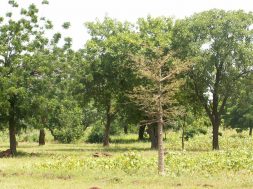 Investing in Trees: A Deeper Look at 7 US Policy Proposals

As federal policymakers craft a plan to grow the U.S. economy and address the climate crisis by rebuilding the country’s infrastructure, the United States Congress has a unique opportunity to invest in some of the most important natural infrastructure there is: trees.

Restoring trees to the landscape is the largest, near-term opportunity to remove carbon dioxide from the air at the scale needed to help meet the country’s ambitious climate goals. WRI’s research has found that at its upper-bound potential, tree restoration in the U.S. — which includes reforestation, restocking degraded forests, and agroforestry — could remove up to 540 million tons of carbon dioxide from the air each year through 2050. The average cost of carbon removal through tree restoration is less than $10 per ton of CO2, making it among the most cost-effective carbon removal strategies available today.

However, capitalizing on this potential will require a sustained 20-year federal investment of $4–4.5 billion per year. The 20-year total from that investment would be comparable to the amount of federal money spent on fossil fuels in 2020 alone. This kind of spending on tree restoration can also deliver thousands of jobs and billions in economic growth to rural communities—many more jobs per dollar spent than fossil fuel-dependent industries—and serve as part of the multitrillion dollar infrastructure proposal currently under discussion. 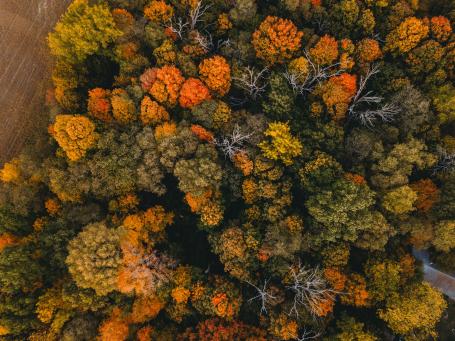 Tree Restoration, the American Jobs Plan, and Legislative Proposals
President Biden’s American Jobs Plan proposes investing in all forms of infrastructure to build back better following the economic impact of the coronavirus pandemic and address the climate crisis. This includes a $50 billion investment in resilient infrastructure, including restoring and protecting nature-based infrastructure — lands, forests, wetlands and more.

Also included in the American Jobs Plan is a $10 billion investment in the Civilian Climate Corps, which builds on a previous executive order on developing a program to create accessible, quality jobs related to a range of environmental priorities — from conserving public lands and waters to environmental justice, among others. The Biden Administration’s commitment to job creation through restoration and resilience is further emphasized in the recently announced America the Beautiful campaign, which aims to conserve 30% of U.S. lands, waters and ocean by 2030.

Now it is up to Congress to enact Biden’s proposed investments in nature.

Tree restoration is one component of natural infrastructure that is ripe for collaboration: 90% of Americans favor planting about a trillion trees globally to absorb carbon emissions in the atmosphere, and both Republican and Democratic lawmakers have already released proposals to invest in trees.

But between all the press releases and endorsements, it can be difficult to assess how exactly these legislative proposals stack up against each other, and how each would address the need for federal investment in tree restoration.

Here’s our take on seven recent proposals that aim to restore trees to the landscape across the U.S.:

1. The Climate Stewardship Act would provide tens of billions of dollars in new funding for federal programs that provide financial incentives for voluntary adoption of conservation practices — including tree planting — on private non-industrial land. This includes expanding U.S. Department of Agriculture (USDA) incentive and cost-share programs, such as the Conservation Reserve Program (CRP) and the Environmental Quality Incentives Program (EQIP), with priority given to projects that implement climate stewardship practices such as tree planting or agroforestry.

This dramatic expansion of financial and technical support for private landowners who restore trees to their lands would accelerate the pace of tree restoration on private lands, creating jobs and enhancing soil health in addition to removing carbon from the air.

The bill also includes directives and corresponding appropriations for reforestation on federal land and establishes a grant program for urban forestry and reforestation on tribal, state and local land. These reforestation programs could result in over 100 million trees planted in urban neighborhoods alone, with priority given to low-income communities and communities of color.

The Climate Stewardship Act also establishes a “Stewardship Corps” to carry out activities in the bill and provides youth — and particularly youth from tribal communities, low-income communities, or communities of color — job training in the forestry and restoration sectors. This would help to address the need for expanded workforce development to enable tree restoration at scale.

Considering all these provisions and more, the Climate Stewardship Act is an ambitious, expansive bill that addresses tree restoration and other natural climate solutions at the scale needed to help put the U.S. on a path toward net-zero emissions by 2050. 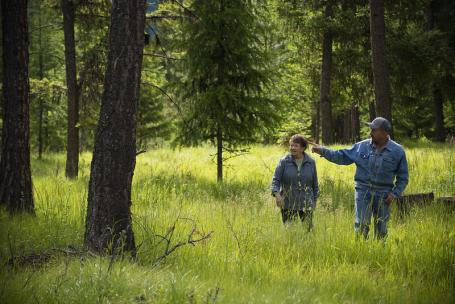 2. The Repairing Existing Public Land by Adding Necessary Trees (REPLANT) Act proposes removing the current cap on the Reforestation Trust Fund, which was established in 1980 to plant trees in national forests following natural disturbances. This would make an average of $123 million per year available for reforestation on federal lands without additional taxpayer funds. The bipartisan REPLANT Act could address a significant share of the 2 million acre reforestation backlog on federal lands, making it a priority for Congress.

But REPLANT is not enough on its own to harness the carbon-removing, job-creating potential from tree restoration: according to the Reforestation Hub, private lands contain ten times more reforestation opportunities than federal lands in the U.S. Additional legislation (like the Climate Stewardship Act) will be needed to accelerate tree restoration on private lands.

3. The Trillion Trees and Natural Carbon Storage Act, introduced by a bipartisan group of Senators, would set targets to increase carbon removal in U.S. forests, grasslands, wetlands and coastal habitats, directing agencies to quantify and monitor carbon in these ecosystems. To address the national deficit in seedlings necessary for large-scale reforestation, the legislation devotes funding to surveying and expanding the country’s nursery capacity to produce seedlings, while supporting research to improve understanding of the carbon impacts of harvested wood products.

The bill would also advance U.S. climate leadership abroad by directing federal agencies to prioritize conservation and restoration programs in their international assistance efforts, and by encouraging recipients of U.S. aid funding to develop and implement land use plans that prioritize ecosystem health and restoration.

Notably, this legislation does not provide the level of federal investment that would be required to reach ambitious carbon removal goals. It would, however, establish a thorough framework to support future federal and private investment in a climate-focused tree restoration campaign both domestically and globally. For that reason, the Trillion Trees and Natural Carbon Storage Act represents one of the most important bipartisan proposals on tree restoration that has come before Congress.

4. The Trillion Trees Act that was re-introduced in the House in April 2021 is an improvement over the version introduced in the previous Congress, which WRI projected would have increased greenhouse gas emissions. Some new provisions in the re-introduced Trillion Trees Act echo the Senate’s Trillion Trees and Natural Carbon Storage Act — including measures to set carbon removal targets in U.S. forests and invest in tree nurseries. Like the REPLANT Act, the bill would expand the Reforestation Trust Fund to accelerate planting on federal forest land. It would also direct the U.S. Forest Service to strengthen the National Forest Inventory with remote sensing data.

Other provisions in the Trillion Trees Act, however, have drawn concern and skepticism from the environmental community. These provisions — which include changes to environmental impact review processes for forest management on public lands, limits on future funding for urban forestry, and tax credits for using more wood in buildings that fail to protect carbon stored in forest ecosystems — would not advance the bill’s stated objective to address climate change by conserving, restoring and growing one trillion trees worldwide.

To pass legislation in line with the spirit of the Trillion Trees initiative, the House and Senate will need to come to consensus on a single proposal or reconcile and negotiate the significant differences between the House’s Trillion Trees Act and the Senate’s Trillion Trees and Natural Carbon Storage Act. In doing so, lawmakers should ensure that every provision within the final bill supports tree restoration alongside conservation and other working land strategies in a manner that is ambitious, science-based and ecologically sound.

5. The Rural Forest Markets Act would provide guaranteed loans of up to $150 million to finance projects that enable rural, private forest owners to participate in markets for carbon and other environmental benefits. This financial support for rural forest owners can leverage private finance to accelerate tree restoration and forest conservation within the limits of carbon markets. But such funding must be complemented by direct federal investments to restore trees on federal, state, local, or tribal lands that are not eligible for financing through this bill.

6. The Growing Climate Solutions Act also focuses on expanding access to carbon markets by creating a Greenhouse Gas Technical Assistance Provider and Third-Party Verifier Certification Program at the USDA. The program would help private landowners find experts and information to help them participate in carbon markets.

This legislation, and its contribution to facilitating voluntary carbon markets, would be most effective if paired with a federal investment program that addresses the economic barriers many landowners face in restoring trees to their land or implementing other natural climate solutions. Without addressing these economic barriers head-on, legislation is likely to have limited benefits for reducing net GHG emissions from forestry and agriculture.

7. Appropriations to Existing Programs: Finally, increasing federal appropriations for programs that support tree restoration and conservation can capitalize on large-scale opportunities to accelerate carbon removal and stimulate rural economies by restoring trees to the landscape.

For example, a proposal to establish a federal tax credit for tree restoration could have a significant benefit as a complement to current programs, and has been endorsed by diverse forestry and conservation stakeholders through the Forest-Climate Working Group. Much like the 45Q credit, which provides incentives for carbon removed by technologies like direct air capture, and the investment and production tax credits that support renewable energy, a tax credit would reduce the cost of tree restoration for landowners, enabling them to remove more carbon from the atmosphere.

Regardless of the policy mechanism pursued, one thing is clear: any infrastructure package that Congress considers must include strong federal investment in trees as a key component of the national strategy to both address global climate change and rebuild local economies.