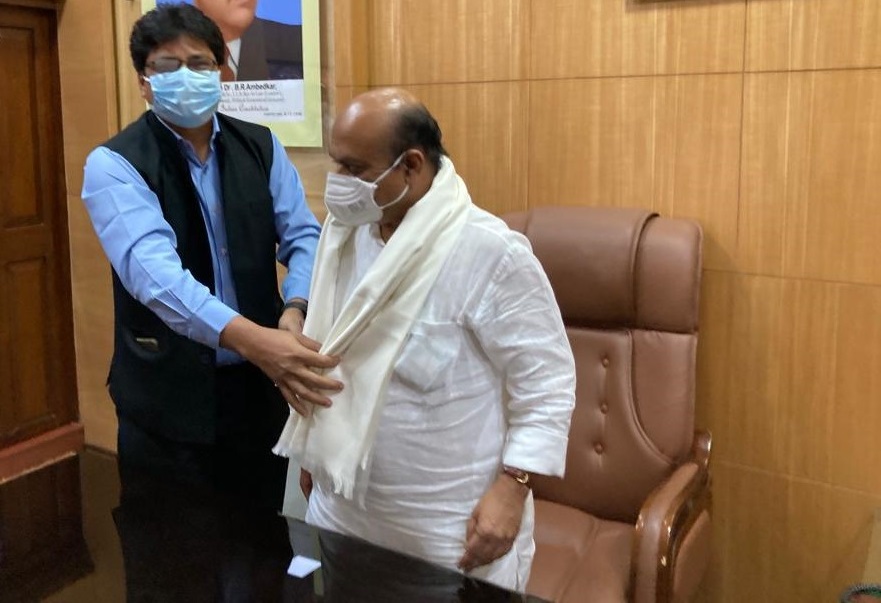 During the discussion, opportunities for promoting the use of Renewable Energy in the state were discussed.

During the discussion, opportunities for promoting the use of Renewable Energy in the state were discussed. CMD, IREDA appraised that beyond traditional sources like solar PV and onshore wind, strong demand and potential are expected in E-Mobility, Green Hydrogen, and Offshore Wind etc.

These are currently in the advanced stage of the planning phase but expected to occupy a significant position in achieving India’s energy transition in near future. Hence, IREDA plans to venture into these technologies and support the growth at this early stage, for which the Object clause of the company has also been suitability amended.

Further, IREDA is on the five-fold future plan of the company for the next five years. He also highlighted that recently IREDA has signed a Memorandum of Understanding (MoU) with the Tamil Nadu Generation & Distribution Corporation Limited (TANGEDCO), for providing its techno-commercial expertise in developing Renewable Energy projects.

Shri Das also highlighted the various initiatives taken by IREDA for ease of doing business over the last one and half year. IREDA has ensured speedy processing of loan applications, resulting in reduction of cycle time. The company is continuously offering the most competitive lending rates amongst NBFCs in the RE sector.

Further, CMD, IREDA also underlined that the company will consider to sign MoUs with other States Discoms as per the potential of the business, in line with of Govt. of India’s target of achieving 450 GW of Renewable Energy by 2030. It is understood that there are huge opportunities for the development of renewable energy in Karnataka and IREDA is keen to extend its support for overall RE development.