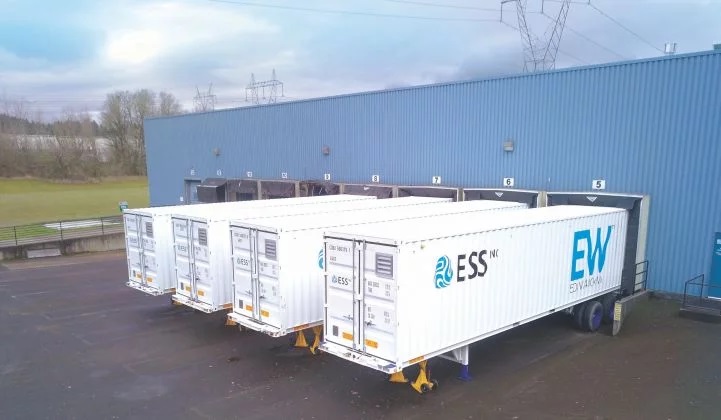 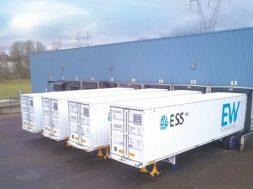 The flow battery survivor marks the latest in a series of recent investments in unconventional long-duration storage technologies.

Since 2011, the company has been developing a low-cost, nonflammable long-duration storage technology to compete across domains where the dominant lithium-ion battery chemistries are weaker. Flow batteries have been one of the more prominent lithium-ion alternatives, but companies working in the space have struggled to stay afloat financially and move beyond the pilot stage.

With the new Series C investment, ESS has won a vote of confidence from prestigious and well-heeled backers. SoftBank’s SB Energy and Bill Gates-funded Breakthrough Energy Ventures led the round, which also brought in Evergy Ventures and PTT Global Chemical, in addition to previous investors.

“SB Energy and Breakthrough Energy Ventures both bring teams with deep experience and resources across multiple areas,” said Hugh McDermott, ESS senior VP for business development and sales, in an email. “This will contribute to our company’s growth on several levels, from board level leadership, to joint development, to renewable energy project development.”

ESS will use the funds to enhance its manufacturing facility in Wilsonville, Oregon and to prepare to serve utility-scale projects worldwide.

Since the company closed a $13 million Series B in 2017, it finished a second generation of its flow technology and worked with reinsurance giant Munich Re to craft a bankable warranty for the unusual product.

The bigger potential for flow batteries is large-scale renewable energy-shifting, and that requires moving into megawatt-scale territory. ESS is courting renewable power producers, merchant storage developers and utilities with its larger Energy Center product, which fits in a building enclosure rather than a container box. ESS is seeking to close its first project at the scale of 5 megawatts or larger in 2020.

Long-duration’s investment moment?
This marks the second energy storage investment from Japanese investment firm SoftBank. It made its first foray into the sector this summer with a splashy $110 million investment in the block-stacking gravity storage startup Energy Vault. That deal came from SoftBank’s Vision Fund, whereas the ESS investment came from a separate energy subsidiary.

Breakthrough Energy Ventures has staked out the role of making risky investments in long-shot technologies that could have a major impact on global carbon emissions if successful. It put money into Form Energy, a team of industry veterans chasing energy storage durations of weeks or even months. Other storage investments include Malta, a Google spinoff that stores electricity via conversion to and from thermal energy, and QuantumScape, a solid-state battery company.

After several high-profile failures, the field of long-duration storage startups has pulled in millions of dollars in recent months. This is, in part, because the market is shifting toward longer-duration storage needs, especially in places with high solar penetration, McDermott said.

“We are already witnessing a robust and growing pipeline for long-duration projects that is attracting top-tier developers and utilities,” he noted. “Given that the development lead times for such projects can be up to several years, many are starting their project development efforts now. We expect to see the demand for longer-duration energy storage continue to accelerate for the next several years.”

Some storage owners and operators are also looking to balance their technology portfolios, McDermott added. The recent storage installations consist almost entirely of lithium-ion batteries. Recent high-profile fires are forcing a new look at the safety risks of lithium-ion, a technology that is also less economically competitive at longer durations.