Is This The Tipping Point For Electric Vehicles? 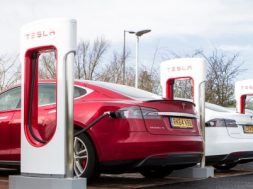 Is This The Tipping Point For Electric Vehicles?

A new report by McKinsey forecasts a rapid switch from gas guzzlers to electric vehicles on the world’s roads will be boosted by the plummeting costs of owning a battery powered vehicle.

The consulting firm’s 2019 Global Energy Perspective report foresees a two-thirds drop in the cost of EV battery packs by 2030. The tipping point at which EVs will be cheaper to own than internal combustion engine-powered vehicles is forecast to be reached in the early 2020s:

The timing of total cost of ownership (TCO) parity in the U.S. and China is comparable to Europe, with China slightly earlier and the U.S. slightly later, reflecting differences in fuel taxation and subsidies for electric vehicles.

After this tipping point, “economic considerations alone” would be sufficient to accelerate the growth of EV sales, says McKinsey. Car sharing and autonomous driving will add further incentives to go electric. Improving battery technologies will mean that even long-haul trucks could be economically electrified during the second half of the next decade. 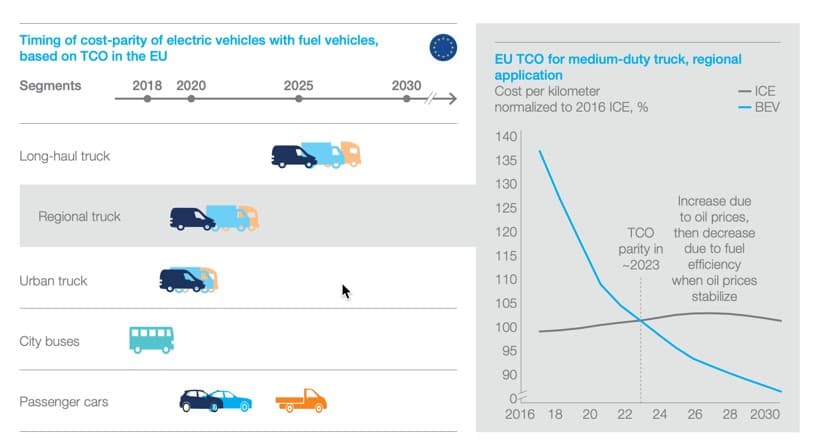 McKinsey’s view of the electrification of the transport sector makes for some dramatic reading:

McKinsey’s rosy view of transport electrification stands in contrast to a recent U.S. government study which forecasts electric car sales will be stuck in the slow lane for the foreseeable future.

tags: Is This The Tipping Point For Electric Vehicles?
72
previous The Dream Is Over — Europe Is Waking Up To A World Of Electric Cars
next Hybrids, not full electric vehicles, get attention of carmakers in India