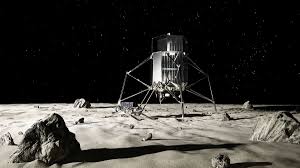 JAPANESE STARTUP PLANS TO TEST AN EXPERIMENTAL BATTERY ON THE MOON 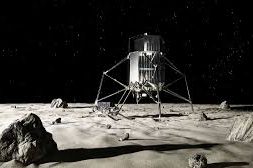 JAPANESE STARTUP PLANS TO TEST AN EXPERIMENTAL BATTERY ON THE MOON

Wanting to use solid-state batteries in space is nothing new, but the technology hasn’t gotten off the ground yet here on Earth

A type of battery still in development here on Earth could head to the Moon as early as 2021 on board a commercial lunar lander. Japanese startup ispace plans to be the first to test a solid-state battery on the Moon’s surface, in hopes that this emerging technology can help solve the challenge of off-world energy storage.

Countries and companies like ispace are racing to send both robots and people back to the Moon — and they’ll need energy to power their rovers, habitats, and other electronic equipment once they get there. Solar power is an option, but areas of the lunar surface go without sunlight for weeks at a time. During those days without the Sun, temperatures plunge and solar panels don’t receive any light. Finding a battery that can withstand extreme temperature swings and still efficiently store energy could be a big boon for lunar exploration.

Solid-state batteries could be a promising solution. These are a much-hyped version of traditional lithium-ion batteries, which are found in iPhones, Teslas, and essentially everything that has a rechargeable battery. Lithium-ion batteries rely on a flammable liquid called the electrolyte to help move charged particles called ions from one side of the battery to the other. Unfortunately, this liquid can cause problems, even here on our planet. At high temperatures, electrolytes are likely to burst into flames and can, for example, make phones explode. At low temperatures, the liquid freezes into a solid and the battery shuts off entirely.

In solid-state batteries, the electrolyte is a solid material that has been carefully engineered to help ions move back and forth, according to Francesco Pagani, a doctoral candidate studying solid-state batteries at the Swiss Federal Laboratories for Materials Science and Technology. Instead of having liquid surrounding everything, the different parts are stacked into solid layers, which also makes the battery more compact.

Solid-state batteries are supposed to hold more energy and charge faster than a conventional li-ion battery. In theory, they could also better survive the Moon’s dramatic temperature swings from 260 degrees Fahrenheit (127 degrees Celsius) in sunlight to -280 degrees Fahrenheit (-173 degrees Celsius) in the shade. The battery won’t burst into flames because of heat, and the electrolyte is already designed to be a solid that ions can pass through. While intense cold will make solid-state batteries charge more slowly, they at least have the potential to survive in space, whereas a typical lithium-ion battery would never make it.

The proposed Moon battery will be manufactured by Japanese company NGK Spark Plug. The companies haven’t finalized the exact specs of the Moon battery yet, but say that it will have a ceramic electrolyte. (Ceramic is one of the most popular options for solid electrolytes because it’s quite stable.) The plan is to do some very basic tests, just to see if the battery can survive and hold a charge in the vacuum of space on the Moon. Hopefully, the experiment will “widen the possibilities” of batteries in space, says a spokesperson for NGK Spark Plug.

The key challenge is that the cycle life — or how many times you can charge a battery before it dies — of solid-state batteries is incredibly limited. That won’t be very helpful in space, where things need to last for a good long time. “You can replace the battery on your car or cell phone, but you can’t go back and replace the battery on a spacecraft,” Surampudi adds.

Bad cycle life is also a big reason why solid-state batteries haven’t gotten off the ground here on Earth, either. Plenty of companies are trying to commercialize them, but you still can’t buy a solid-state battery for your phone or electric vehicle. Right now, we can only make small solid-state batteries and most last for a mere 18 months. They’re also incredibly expensive to manufacture at all, much less mass produce. “It’s been promised that solid-state batteries are going to hit the market in the next two to three years for the past four to five years and investors are growing increasingly impatient with the progress of solid-state,” Ian McClenny, an analyst at Navigant Research who specializes in battery research, told The Verge. Realistically, McClenny doesn’t think that solid-state batteries will be a commercial option until the early or mid 2020s.

Surampudi is similarly skeptical. The technology for solid-state batteries is still quite immature, he says, and it’ll likely take five to 10 years even to refine them enough for more practical application. That’s provided we “dump in $100 million dollars” to invest in further research, he adds.

Meanwhile, it is possible to engineer traditional lithium-ion batteries to work well in space. Numerous lithium-ion batteries are used on board the International Space Station and crafted in such a way that any unexpected explosions won’t injure astronauts or compromise safety. And it was traditional (albeit very well-engineered) lithium-ion that powered the recently dead Opportunity Mars Rover for 15 years, according to Surampudi, who helped develop that technology. His team created special thermal management systems to help batteries deal with the warmth and cold, and tested those batteries for three years at extreme temperatures.

That doesn’t mean that lithium-ion is the end-all be-all. “It’s time to replace lithium-ion,” says Surampudi. “This country needs to invest and we need to find the next best battery. But battery development is not easy because low-hanging fruit has been picked up long ago.”

We’ll see what happens when NGK’s solid-state battery goes to space, and it’ll at least be a few years before that occurs. ispace plans to launch its first mission — a lunar orbiter— on board a SpaceX Falcon 9 rocket sometime in 2020. If that’s successful, the company will then launch a lander and rover combo (which will carry the battery) on another Falcon 9 in 2021.

Ultimately, ispace’s long-term vision is to create a thriving, sustainable community on the Moon, where people live and interact with robotic spacecraft. For that to be possible, it will need to come up with some clever energy storage solutions. Solid-state batteries could be a part of that future, but it may be a while before it comes to fruition.

tags: JAPANESE STARTUP PLANS TO TEST AN EXPERIMENTAL BATTERY ON THE MOON
13
previous Expanding the use of silicon in batteries, by preventing electrodes from expanding
next Utilities are starting to invest in big batteries instead of building new power plants