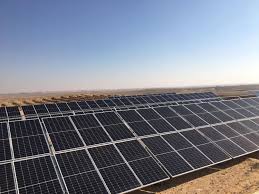 Vietnam will prioritise the development of renewables as the country’s government announces its ambition to invest around US$130 billion in new power plants and transmission networks over the next ten years.

With demand for electricity in the country forecast to rise by 8.6% between 2021-2025, plans are in place to reach a total installed power generation capacity of 138GW by 2030, up from the current 56GW level.

Both solar and wind are set for significant expansions, while fossil fuel-powered generation will continue to grow, but at a slower rate. To ensure electricity supply up to 2030, Vietnam is expected annually to import around 1.2 million tonnes of LNG and 35.1 million tonnes of coal by 2025, increasing to 8.5 million tonnes and 45 million tonnes, respectively, by 2030.

Meanwhile, an improved transmission grid will aim to solve curtailment issues that have affected solar PV projects, as well as improve the connection between Vietnam and neighbouring countries as it looks to import energy to support its economic growth. Transmission patterns are also likely to shift, in part due to the lower levels of solar irradiation in the north of the country.

Proposals in the power development masterplan have been developed by Vietnam’s Ministry of Industry and Trade and will be submitted to Prime Minister Nguyen Xuan Phuc for approval next month.

After seeing its total installed solar PV capacity surge from 134MW in 2018 to 5.4GW last year, thanks in part to feed-in tariffs, Vietnam’s government announced plans in February to ensure renewable energy accounts for a 15-20% share of the country’s energy mix by 2030 and grows to 25-30% by 2045. That blueprint says the country’s energy sector remains “limited and weak” and must keep up with soaring energy use in the coming decades.

Positive installation figures have continued into this year, with state-owned power company Vietnam Electricity reporting that the country currently has around 11.2GW of solar projects approved for planning.