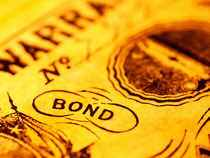 The issue will be first of it kind by an Indian state-run entity.

The funds could be used to promote non-conventional energy sources in the southernmost state, where two devastating floods killed 584 people in the past two years.

This would be part of KIIFB’s planned mobilisation of as much as $1 billion aimed at climate-friendly financing initiatives, Kerala finance minister Thomas Isaac told ET.

“These are globally recognised financing models. Several agencies have evinced interested in such projects and we are exploring the best possible ways to find finances for the state’s development,” said Isaac.

Green bonds are a growing category of fixed-income securities, which raise capital for projects, which are environment friendly and substantially help reduce carbon emission.

Cumulative green bond issuance has reached nearly $107 billion, according to the Climate Bonds Initiative, a London-based non-profit which promotes investment in the low-carbon economy.

While the formal launch of the issue is expected soon, the International Finance Corp., the investment arm of the World Bank, has already made an initial commitment.

“The idea is to create a completely carbon-free zone and developments,” the state finance minister said.

Founded in 1999, KIIFB mobilises funds for the state’s infrastructure development. It has sanctioned projects worth Rs 52,000 crore that are in various stages of execution.

Standard Chartered Bank and Axis Capital are said to be helping KIIFB to raise the funds. They could not be contacted immediately.

Green bonds, specifically earmarked for climate and environment projects, allow companies to raise finance for projects that offer solutions to combat climate change. Renewable energy company Greenko raised as much as $950 million through a green bond issue earlier this year.

Earlier this year, KIIFB raised about Rs 2,600 crore through a masala bond issue, which drew investors from North America to Europe, the Middle East and Southeast Asia.

India is said to be executing the National Action Plan on Climate Change to reduce emission intensity by 2030. Renewable and sustainable energy projects assume importance, with a few private companies including Greenko and ReNew Power tapping the overseas credit market.

Global green bond issuance will hit $200 billion in 2019, growing at a rate of 20 per cent, Moody’s Investors Service said in January.

Combined green, social and sustainability bond issuance totalled $198 billion in 2018, up from $177 billion the prior year. Issuers and investors are also increasingly linking their investments and impacts to the UN’s Sustainable Development Goals (SDGs), it said.