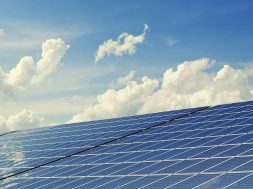 The transactions included (i) an acquisition by KOMIPO of a proposed 130 MW-ac solar energy project located in Frio County, Texas (the Project) from an affiliate of 7X Energy, Inc.; (ii) construction and back-leverage financing for the Project from affiliates of MMA Energy Capital; and (iii) the signing of the equity capital contribution agreement for the tax equity investment by Morgan Stanley Renewables Inc. in the Project.

The Project is the first Texas solar project implemented by a Korean government-owned power company in response to the growing global efforts to reduce greenhouse emissions and intergovernmental cooperation to fight climate change.