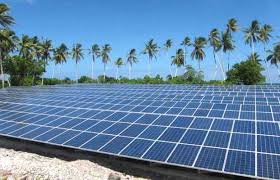 KSEB to generate 1000-MW solar power in next three years 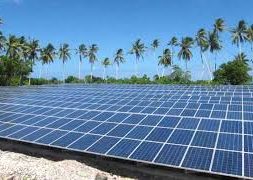 KSEB to generate 1000-MW solar power in next three years

The consumers can apply for availing the system through the KSEB website and apply on the link, Green Channel for HT/EHT consumers.

THIRUVANANTHAPURAM: KSEB aims to generate 1,000-megawatt solar power in the next three years as part of increasing the power generation in the state, Power Minister M M Mani has said. He was speaking to media persons on the sideline of a ‘Customer Conclave’, comprising high-value consumers of power and other consumer associations on Friday. The meet was organised to improve the efficiency of KSEB and to avail new generation services for customers.

“KSEB has been implementing several consumer-friendly measures for strengthening the power sector. In addition to solar power generation, the board has been implementing two major projects – Transgrid 2.0 and Dyuthi-2021 – with a total investment of Rs 10,000 crore and Rs 4,000 crore respectively. In an effort to reduce the power consumption, the state government will promote the usage of LED bulbs and tube lights in association with the Energy Management Centre.

The board will order as many as 11 crore LED bulbs and tube lights as part of its first step,” Mani said.

He also said a project titled ‘E-Safe’ for the safety of electricians by avoiding electrical accidents was being implemented. The Minister also launched the green channel system for HT/EHT consumers as part of making new power connections without any delay. The system has been launched owing to frequent demands came in the customer conclave held last year. A green channel system was also launched by the Minister to benefit all types of consumers.

The consumers can apply for availing the system through the KSEB website and apply on the link, Green Channel for HT/EHT consumers. In the system, the consumers get SMS alerts about the field verification and updates about the various value- add services availed by them.

The KSEB officers can also monitor the progress of consumer applications on the website. A special help desk for green channel system has also started functioning in the Vydyuthi Bhavan in Thiruvananthapuram to ensure the services are not denied to the consumers, he said.