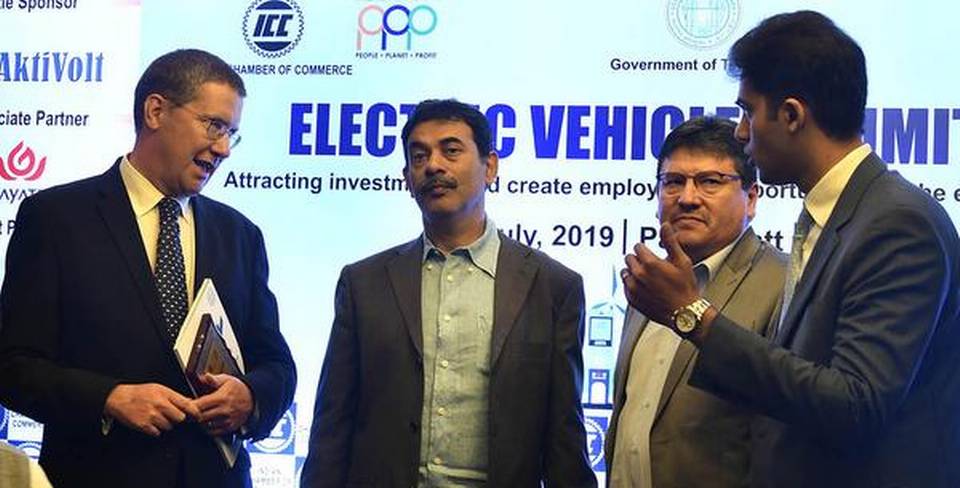 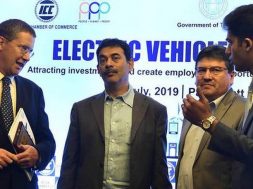 Telangana is all set to have three major lithium-ion (Li-ion) battery manufacturing companies, with a total capacity of 10 GW, setting anchor in an electric vehicle park in the city. Speaking to the media on the sidelines of Electric Vehicle Summit-2019 on Wednesday, Sujai Karampuri, director of Electronics, Department of Information Technology, Electronics and Communications, did not disclose the names of the companies, but said the combined initial investment size would be upwards of ₹1,500 crore.

Touching upon the nature of these companies, he said they would work under the joint venture model. “In phase-I, they start with 1 GW. Then, they go up to 5 GW. So, phase-I would cost ₹1,500 crore, but it would translate to approximately ₹ 6,000 crore,” said Mr. Karampuri as he pointed out that the combined capacity of the three plants would be around 10 GW. The companies, he said, would start the construction of the manufacturing units in about a month. It takes between nine months and 15 months to begin operations.

He pointed out that the Centre’s Faster Adoption and Manufacturing of Electric Vehicles in India Phase-II seeks to give a major boost to electric two, three and four-wheelers, and buses as well.