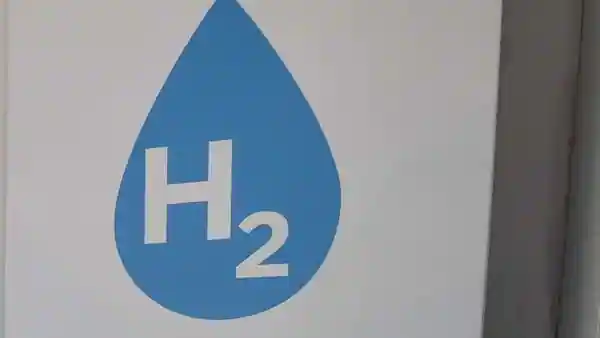 Low-carbon blue hydrogen — derived from methane with carbon capture and storage (CCS)— has long been controversial, with many climate campaigners and renewables advocates arguing against any kind of subsidy support for the technology, saying that the world should instead focus on zero-carbon green hydrogen produced from renewable energy.

Michael Liebreich, the independent analyst who founded BloombergNEF and acts as an advisor to blue-hydrogen leader Equinor, tells Recharge he does not share that view, but has reservations over the technology, particularly when it comes to the fact that the CCS part of the process only captures about 90% of the CO2 emitted.

Almost all of the 70 million tonnes of hydrogen produced globally each year are derived from unabated natural gas or coal, which results in nine to 12 tonnes of CO2 emitted for every tonne of H2 produced.

If those emissions were to be reduced by 90% using CCS, it would still means that about a tonne of carbon dioxide would be released into the atmosphere for every tonne of blue hydrogen.

“There are three reasons that people use to explain why they don’t like blue hydrogen. Two of them are legitimate and one is illegitimate,” Liebreich tells Recharge.

“The first legitimate one is fugitive emissions. As long you use [natural] gas, the risk is that some of that methane, whether it’s biomethane or fossil methane, is going to end up in the air.

And you can invest to reduce that to almost zero. But it’s just been in the news that Gazprom just had the biggest single accidental emission of methane of the year.”

Methane is 84 times more potent a greenhouse gas than carbon dioxide over a 20-year period.

It is, however, possible to get to 100% capture, Liebreich explains.

“Principally, the easiest way to do 100% capture would be to use pre-combustion — if you burn your [natural] gas in oxygen, then all you get out at the back end is water and CO2.

So you can condense out the water, and you’re left with pure CO2 and you can grab all of it. The reason why you only get 70- 90% is if you’ve burnt it in air, then what you get is water and CO2 mixed with nitrogen, because the air is 78% nitrogen. So it’s separating the CO2 from the nitrogen that’s very expensive.

“And here’s a very interesting thought — we’re going to have a lot of oxygen, we’re going to have surplus oxygen. Why? Because we’re going to electrolyse [the process of using an electric current to split water molecules into hydrogen and oxygen]. So there is a model that says, instead of throwing this oxygen away, why don’t we use it to pre-combust methane?

“There’s a very interesting process, the Allam Cycle, which could then generate the power out of the exhaust of that and capture the CO2.”

“And then the third reason why people hate [blue hydrogen] is because it involves oil & gas companies,” Liebreich continues. “You get this kind of allergic reaction from a lot of campaigners, who say they mustn’t be involved at all and we can’t be paying them to clean up their own mess.

“Now the idea that you will have a large-scale inflammable gas being moved around — bought, sold, traded, used, created, managed — and you’ll do it somehow without involving all of the existing companies that have capabilities at that.

And you’re going to create some new group of industrialists [to do this] — and, by the way, none of them must come from the oil industry because they’d be tainted. It’s just fantasy land. It’s ridiculous. It’s just not a legitimate objection, it’s self-harming.

“So I’ve got nothing against blue hydrogen, as long as there are no fugitive [methane] emissions and [it has] 100% capture, or high-90s per cent capture.”

The cost of blue vs green

Whether or not blue hydrogen will be economic is another question.

“Of course, if somebody gives you a subsidy to produce green [hydrogen], which is not available for blue, then clearly the blue will be uncompetitive,” says Liebreich.

“But if you just look at the fundamental economics… I think green hydrogen in the really good places [where wind and solar power is cheap] will cross over [to become cheaper than blue] by 2030.”

“[But] it’s very unlikely that green hydrogen will beat blue in Northern Europe this decade and possibly even halfway through next decade [because green H2 would largely be produced at scale using more expensive offshore and floating wind power].

I think, ultimately, the learning [curve] of electrolysers and green electricity will win. I think there’s no question that green will beat blue by 2050.

“But don’t forget that, the oil & gas sector also brought in the innovations around fracking. So they can also push costs down.”

He adds: “Grey hydrogen [from unabated fossil fuels] currently costs €1-1.50, blue hydrogen is probably €2-3, and green is probably right now €3-5. It’ll all crunch down — exactly where it crosses over will be a local game.

“Ultimately, it will come down to, ‘what is your carbon price?’”

0
0   0
previous Why Mukesh Ambani’s Gigafactory For Hydrogen Could be a Game-Changer
next 'On Our Way to Gigawatts': Shell Turns on Europe's Largest Green Hydrogen Plant