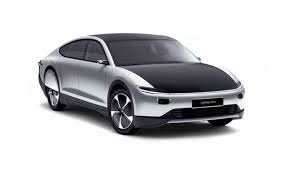 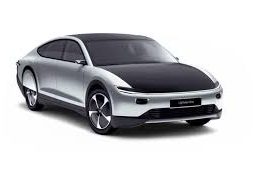 Can an electric car wearing a solar panel overall convince you that it is better than Tesla? Lightyear thinks so.

These solar panels cover the roof and hood of the electric vehicle. These solar panels can charge the car with up to 12 km of range an hour. Lightyear is founded by ex-members of Solar Team Eindhoven, which won the solar-powered World Solar Challenge race in 2013, 2015 and 2017. The company claims that these solar cells are 20 percent more efficient than the traditional models. In order to protect them from damage, these solar cells are encased in safety glass.

The Lightyear One is not a solar car by any means since addition of 12 kmh is not a lot of charge. It is naturally an electric car that also happens to have solar panels. If it achieves the claimed range of 450 miles then it will beat the current flag bearer: Tesla Model S. The Model S is capable of achieving a range of 370 miles. This electric vehicle range standards are not standard but even then, Lightyear’s announcement is promising. Lightyear is not pitching its solar panels as the key feature of its first prototype car but it is there, in case you need it.

The electric car can be plugged-in like a traditional electric car for charging as well. The company notes that it will support up to 60kW of fast charging and will offer 507 km of range per hour of charge. Like the top-end Model S, it has a total of four electric motors. It allows the car to accelerate from 0 to 100 kmh in 10 seconds. It is currently taking preorders for the first 500 Lightyear One cars for a reservation price of €119,000 (around $135,000).

Lightyear plans to start production at a slow rate at first, according to Electrek. It is expected to be available at a starting price of €149,000 (around $170,000). In comparison, Tesla Model 3 starts at $35,000 while a Tesla Model S P100D is available for around $100,000. It is not clear how much you will benefit from having a car that has solar panels installed on its roof and hood. The car aims to challenge Tesla but its production time of 2021 will have more challenges in the segment.