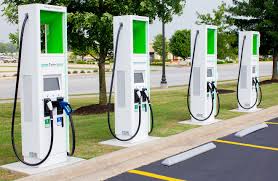 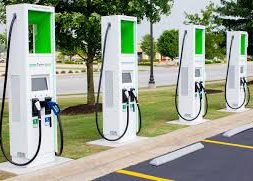 The town applied to a pilot program run by Central Maine Power that requires applicants to install at least four charge plugs mounted on two pedestals. Councilor Don Fellows said the station would be in the town parking lot off Main Street. The town would carry the $20,000 cost of the materials and CMP will spend $16,000 to construct the stations.

“It turns out Lisbon happens to be a whole desert of lack of (electric vehicle) charging between the Brunswick and Lewiston area,” Fellows said.

Lisbon is located between those two larger metropolitan areas and having the charging stations will help draw electric and hybrid car owners to the town’s downtown area.

“The idea was to enhance businesses by getting people who drive electric vehicles to stop in town and these people look for charging locations,” Fellows said. “It makes us a destination for lunch and shopping or whatever.”

Ross Cunningham, president of the downtown development group Positive Change Lisbon, said he didn’t yet have a comment on the proposal Monday.

Lisbon would get 240-volt chargers that are less expensive than some of the rapid charging systems on the market. They would charge cars faster than electric car owners can charge them at home. An hour of charging would provide an electric car with enough power to travel between 12-25 miles.

Charging stations will increasingly be in demand, Fellows said.

The town would charge a fee for using the service, which hasn’t been determined.

“The timing for this stuff is really good,” Fellows said. “Part of the council’s goals have been to reduce the carbon footprint.”

The town has switched to energy-efficient LED lighting, including the street lights, and explored solar power opportunities as well.

Fellows notes in a memo to the council that the town’s portion of the project can be funded from capital improvement project reserve funds or from the annual savings the town will get in solar credits for purchasing solar power. 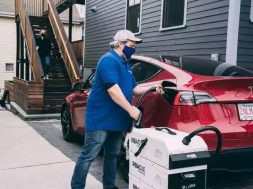 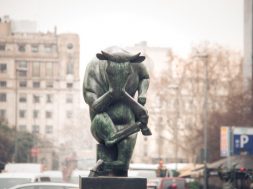