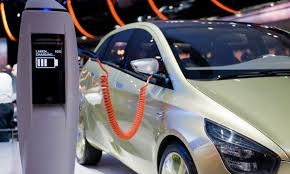 These companies want to charge your electric vehicle as you drive 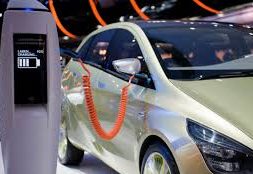 These companies want to charge your electric vehicle as you drive

Enthusiasm for electric vehicles has long been held back by concerns about battery life, but what if drivers were able to charge their cars while driving?

Several automotive, utility and infrastructure companies are testing technology that promises to allow electric cars, buses and trucks to charge on the move. The process, known as dynamic charging, involves under-road pads that wirelessly transmit electricity to receivers mounted underneath cars and, for some larger vehicles, overhead wires like those used by trams.

In France, Renault SA has teamed up with Electricite de France SA to test dynamic charging on the streets of Paris. In Sweden, trucking giant Scania AB has developed a truck with utility E.ON SE that can be charged overhead and is ready for mass production, while a startup will soon test wirelessly charged buses in the Israeli city of Tel Aviv.

“Charging should not be considered a pain and should not act as a brake on electric vehicle use and deployment,” said Xavier Serrier, who is leading Renault’s charging project. “Technically speaking, it works,” he said of the technology.

Financially speaking, dynamic charging remains questionable. Even the companies involved say they need to find ways to reduce the cost of connecting roads to the grid and make the technology economically viable, partly through scale. They also say any rollout would likely be limited to cities and key transportation and trucking routes because of the huge infrastructure investment needed.

The effort to charge cars on the go—seen as a complement rather than a rival to regular EV charging—comes as governments and companies around the world work to reduce their dependence on fossil fuels. Major economies including Germany, the U.K., and France have pledged to be carbon neutral by 2050 and encouraging the uptake of electric vehicles is a part of that drive. The U.K., for instance, will stop selling new diesel and gasoline cars and vans starting in 2030.

Some sectors of the economy, such as electricity, are making progress on decarbonizing, but transport is lagging behind, according to the International Energy Agency. Of the cars sold globally in 2019, 2.5% were electric, while a record 42% were gas-guzzling sport-utility vehicles, the IEA said.

“Range anxiety, running out of charge before reaching your destination, is one of the biggest consumer hurdles for EV adoption,” said Ram Chandrasekaran, principal analyst at energy consulting firm Wood Mackenzie.

The companies involved in dynamic charging hope the technology will help change attitudes to EVs. Renault estimates that it could be incorporated in its vehicles by the end of the decade and that the technology could allow it to use small, cheaper batteries.

In a 2017 research test with chip maker Qualcomm Inc., Renault charged a small van at 60 miles an hour. That led the European Union to include Renault’s program in a group of charging projects it is funding with 15 million euros, equivalent to $18.4 million.

Renault is now preparing to test the technology in freeway and city conditions at test sites in Versailles and Paris. The French company is working with civil engineer Colas Group, which will focus on roads, and EDF-subsidiary Enedis, which will look at connecting streets to the grid and how to make money from consumers.

“Right now, you need to spend several minutes or hours charging,” said Karine Revcolevschi, who heads Enedis in the Paris region. “We’re wondering if we can meter [electricity] usage in the car.”

In Israel, Electreon Wireless Ltd. is working with local bus operator Dan Bus Company on a dynamic charging pilot program that will shuttle students between Tel Aviv’s university train station and its campus. The project is funded by the company and the Israeli government.

Large vehicles like buses that run for long hours need larger batteries than cars, so the project is aimed at making electric buses sustainable, said Noam Ilan, Electreon’s vice president of business development. The company also has projects under way in Europe, including in Sweden and Germany.

Scania’s projects with Siemens AG and E.ON have been funded in part by Sweden and Germany. The company said it is ready to mass-produce its dynamically charged electric trucks, while Swedish authorities are working on proposals to electrify 2,000 kilometer, or around 1,242 miles of road, for heavy vehicles by 2030.

But Scania estimates it will cost as much as $2.5 million to electrify a kilometer of highway. Electreon puts the cost at $650,000 per kilometer, although that figure doesn’t include grid connection.

That cost, combined with the availability of other charging methods and falling battery prices, mean “it’s just not that economically compelling” to roll out dynamic charging, said Alex Gruzen, chief executive of WiTricity. The company owns the patents to various wireless technologies, including a charging pad sold by BMW AG to wirelessly charge parked cars.

Advocates of dynamic charging argue that, like wind turbines and solar panels, costs can be reduced by mixing public and private money and deploying at scale. The technology can complement other charging options, said Andrew Bui, who works on transportation innovation at engineering firm Aecom and has studied dynamic charging in the U.S.

The economics of dynamic charging as part of a broader range of options are “highly feasible,” Mr. Bui said, if infrastructure is first created for larger vehicles. “Later on we can let smaller vehicles come into play.”