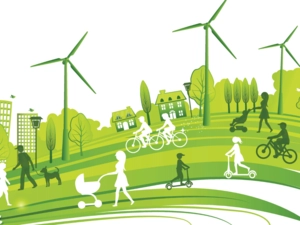 A bill seeking to mandate the use of non-fossil energy sources such as biomass, ethanol and green hydrogen was passed by the Lok Sabha on Monday.

Piloting the Energy Conservation (Amendment) Bill, 2022, Power Minister R K Singh said “this is the bill for the future,” and urged the members to approve it.

The bill was later passed by the House after rejecting amendments moved by some Opposition members.

The Minister said the renewable energy capacity addition in the country was fastest in the world.

The Bill provides for penalties for violations by industrial units or vessels, and on manufacturers if a vehicle fails to comply with fuel consumption norms.

“With the passage of time, and in the context of the energy transition with special focus on the promotion of new and renewable energy and National Green Hydrogen Mission, a need has arisen to further amend the said Act to facilitate the achievement of ‘Panchamrit’ as five nectar elements presented by India in Conference of Parties -26 in Glasgow last year,” the Statement of Objects and Reasons of the Bill said.

The amendments also seek to promote renewable energy and the development of a domestic carbon market to battle climate change.

It also seeks to introduce new concepts such as carbon trading and mandate the use of non-fossil sources to ensure faster decarbonisation of the Indian economy and help achieve sustainable development goals in line with the Paris Agreement.