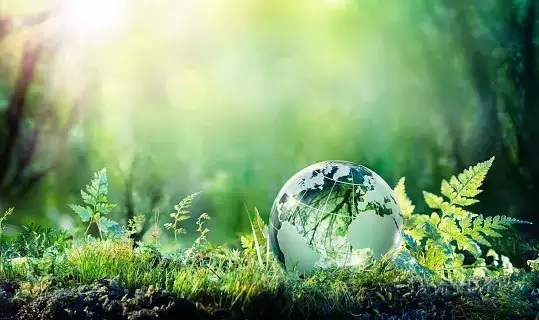 Last week, India announced its updated pledges under the UN climate framework, the Nationally Determined Contributions (NDCs). While the full text is not yet available (it will be uploaded in the coming days to the UN registry), the government has released a statement with the key highlights. The pledge is modelled on the speech given by the Prime Minister at last year’s climate talks in Glasgow, with some notable differences.

This week Lights On spoke with IEEFA’s Vibhuti Garg about what’s missing from the new text and why the gaps could prove concerning.

Lights On: Your snap take on India’s updated climate pledges?

Vibhuti Garg: It’s good to see that the targets have been revised compared to what was submitted in 2015. But while the ambition has been raised, whatever announcements were made [at the UN climate talks] in Glasgow in 2021 on more short term, actionable targets, are not there in this revised NDC.

What exactly is missing?

For example, in 2015, India had promised that cumulative electric power installed capacity from non fossil fuel sources would reach 40 percent by 2030, and to reduce emission intensity of GDP by 33 to 35 percent, compared to 2005 levels.

These two targets have been enhanced and now India is committing to about 50 percent cumulative electric power installed from non-fossil fuel resources by 2030. And to a further reduction of emission intensity by 45 percent by 2030, from 2005 levels.

This is quite encouraging but as I said the practical targets announced last year, which included increasing non-fossil energy capacity to 500 GW, and the reduction of projected carbon emissions by one billion tonnes [from now to 2030], are missing from the updated NDC. This is a bit of a disappointment because while India is going in the right direction, having a clear target would encourage stakeholders and investors to be more serious about the vision.

Why are these short-term targets so important to achieve long term goals such as the promised 2070 net zero?

There are so many different ways through which we can reduce emission and density, whether we choose to focus on energy efficiency or demand side management.

But in general I think we need a greater demand and supply side push. For example the new rules that mandate states to meet a quarter of their energy demand from renewable sources by the end of the decade, [known as Renewable Purchase Obligation or RPO] give a demand side push to clean energy adoption.

On the supply side, we had an installation target with a 2022 deadline, so everybody knew that we needed to build 175 gigawatts of renewable energy, and all the tendering, all the [policy and economic] steps were happening to be able to meet those targets. And while in the end we fell marginally short, the [short term] goal really helped companies put that kind of pipeline capacity in place.

So it may be possible that while it is not part of formal NDC, the intent to achieve 500 GW of non fossil fuel capacity by 2030 may remain. But I think we really need to keep reiterating that the government remains serious about this particular target.

What are the risks should the government fail to do so?

If the commitments start getting diluted, because the Russia-Ukraine war has led to the revival of old coal plants, and to more mines being allotted, [this may derail the country’s energy transition trajectory]. In the last few months, due to the various supply disruptions that we have witnessed globally, as well as in India, the emphasis has been on increasing domestic energy production. This short term disruption should not alter the energy roadmap that we had laid out, and that’s where my concern is.

But we are still committed to achieving 450 GW of renewable energy [installations], so even if that’s not a part of a formal NDC, I think that achieving that would still be good enough. Because to do that, we would need to see about 30 to 40 GW of additional capacity every year, which we have not seen so far [and would mean a significant progress].

In line with the Prime Minister’s Glasgow speech, the updated NDC announces an awareness campaign aimed at creating ‘lifestyle’ changes. Can these campaigns really make a difference?

Encouraging people to care is good, but the scope of the task addressed by lifestyle campaigns is usually very, very broad. Think of somebody who lives in rural areas, and struggles to even receive continuous power supply: are they really in the position to demand that the suppliers are sustainable? So at that level, even if the people want something, they may not get it. But what is required is that at an aggregate level, from the government or the states, supply becomes greener. And that’s how you ensure that people are in the position to adopt sustainable energy.

What would such changes look like on the ground?

For example, many Indian distribution companies have come up with green tariffs [whereby consumers choose to pay a premium to receive clean energy from their distributor]. So if energy users are made aware of this option and can afford to do so, this system could help create more demand.

Meanwhile, some Indian and global businesses have committed to the [corporate renewable energy initiative] RE100 targets, which means that they were already setting up solar rooftops independently, and now with the green tariffs they will be able to procure clean energy from the grid.

I think as a result the share of green energy will increase from the distribution perspective too, because there are players, especially commercial and industrial consumers, who have mandates to green their operations.

So beyond the diplomatic language of the NDCs, it sounds like energy markets may the real drivers behind India’s progress?

All of this looks very encouraging, but my impression is that [stakeholders] still feel coal is going to be the main fuel for a long time. I know coal is here to stay, because we have a huge coal base capacity.

However, some of the building blocks [for the energy transition] are there, and we are now hearing that India is likely to introduce a carbon market [soon]. This is one of the factors that will drive more and more demand for cleaner energy resources, including storage and building green hydrogen. Because that’s another revenue stream for the companies that are able to make money by shifting to cleaner energy resources, with huge returns because of their ability to trade [their carbon gains] in the carbon market.