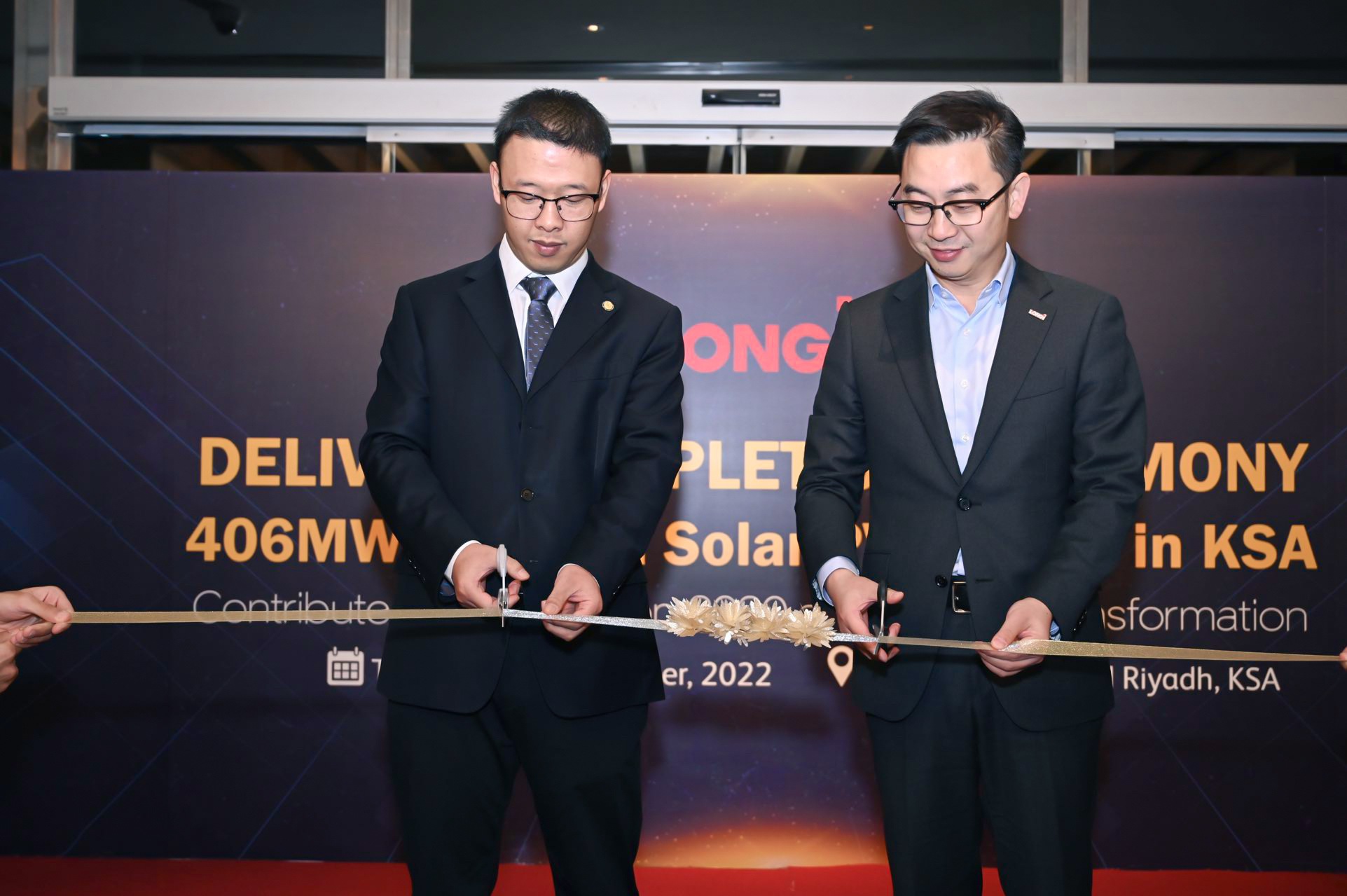 LONGi hosted today a ceremony to celebrate the successful delivery where LONGi confirmed that the production process is aligned with the delivery dates and all upcoming shipments will be on time accordingly, which insures the commissioning of the Red Sea project

Upon invitation, Senior leaders of PowerChina SEPCO III from Riyadh haveattended the ceremony, alongside local partners who played an important role in seeing the project.

Dennis She, Senior Vice President of LONGi Group attended this ceremony and made the opening speech today, he expressed the appreciation for all partners concerned in the project.“Basing on the respective market competitiveness and technological resource advantages in the photovoltaic field, we are all pride of being as the most key participants of 406MW Solar Project, which is a key point for further cooperation and also an important breakthrough to achieve Kingdom 2030 vision, to contribute to the overall energy mix up to 50% By 2030. LONGi will spare no effort to contribute to the region’s energy transformation.” Mr. She said on the ceremony. 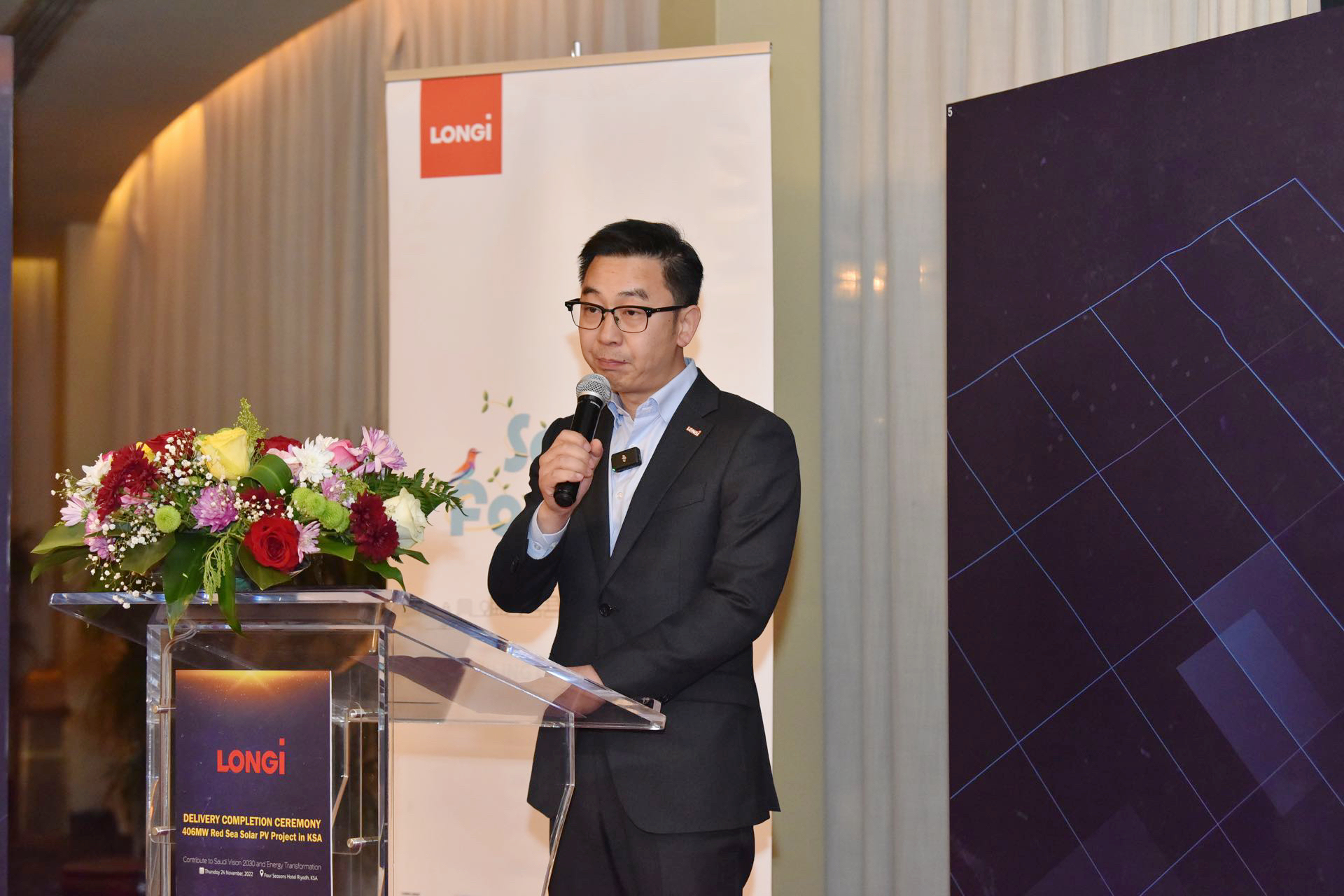 The Red Sea Project is the world’s most ambitious regenerative tourism project currently in development in Saudi Arabia that is managed by The Red Sea Development Company (TDC) and forms part of the Saudi Vision 2030 program. Saudi Crown Prince Mohammad bin Salman announced the project in July 2017, focusing on luxury and ecotourism to attract visitors to the Red Sea coast.

SPIC Huanghe Hydropower Development Co., Ltd. is cooperating with ACWA to participate in the design, build, operation and transfer of The Red Sea Project’s utilities infrastructure. Power ChinaSEPCOIII is the EPC.

The project sits over 28,000 km² of pristine lands and waters, includes a vast archipelago of more than 90 islands, and will set new standards in regenerative tourism and sustainable development. With sustainability at its core, supporting infrastructure emphasizes renewable energy, water conservation, and reuse.