Says despite the drive towards renewables, the biggest business would continue to come from clean coal.

American technology and engineering company Emerson sees Indian firms lagging behind the technology curve if they continue to follow the lowest bid criteria for awarding contracts. The company has executed projects for Reliance Industries as well as national oil companies.

According to Edward Monser, president, Emerson, one of the concerns particularly with national oil companies, is that all the projects are bid out on L1 (lowest price) basis. “You need to have three competitors bid and this drives you to the lowest common denominator. That keeps you from getting the best performance. India builds refinery plant using L1 but it does not perform very well and then it goes back and redoes it piece by piece.”

Monser said the big investment that India wants to make through L1, gives performance that is not world class and then spends decades to better it, “it is a mistake.” Emerson has globally looked at plants built over the last 10 years and ranked them as tier 1, 2, 3 and 4 with tier 1 being the best.

“The typical projects In India are tie 3. That means they will have more emissions and they will be less safe and less profitable. India will have to do a lot of work and still be behind.” He said the Indian government has started to adopt the Swiss challenge method in oil and gas which has to happen so that a number of suppliers can participate and bring value. Monser said the company few years back decided to move away from conglomerate model to focused business model. It chose to focus on automation business to achieve optimisation. Emerson’s biggest customer has been Reliance Industries which is aggressive in the way it treats suppliers.

“They look for the best technology which works in our favour.” The firm has executed contracts for RIL that included providing measuring devises, control valves and flow measuring devices and tank measurement systems. The data is collected and analysed and it drives the plant for maximisation of output.

Monser says despite the drive towards renewables, the biggest business would continue to come from clean coal. “India’s coal industry is growing and it will continue to play a significant role in delivering the country’s current energy needs. We see potential in delivering optimised solutions that deliver better, more efficient coal power plants.” The Indian power market has a major focus on clean power generation and the pollution control board has mandated corrective measures for power plants in India. Emerson offers solutions that can address the way coal power plants are operated, monitored and controlled to tackle pollution, including plant optimisation.

Emerson is also looking at acquisitions. During the corporate transformation, Emerson came down to be a $14 billion focus business from a $25 billion conglomerate. “We sold off bunch of businesses and generated cash which we are now using for acquisitions. We are buying into automation space. Underneath that, there are devices that generate data. Acquisitions will be in analysis and optimisation space,” said Monser. The company also found that 65 per cent of the projects built over the last decade failed if we see that their budget has overshot by 25 per cent or if they have taken double the time to built. “We see huge variation in the way these plants have come up and the difference lies is how automation is used.”

201
previous ‘India must focus on renewable energy’
next We see more export opportunities for Siemens in India: Ralf Christian 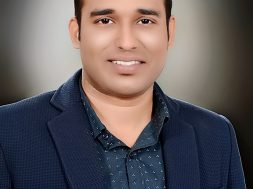